Adam Feest QC’s criminal team at 3PB rightly enjoys a formidable reputation and its barristers are instructed in complex high profile cases on the Western and other Circuits.  Building upon a great tradition that has seen criminal law being practised at 3 Paper Buildings for over 100 years, we have a large and market leading team of silks and juniors, backed by a highly regarded team of specialist criminal clerks.  Chambers & Partners (2020)  reports that 3PB is“well respected for its "excellent breadth and depth of advocates," as well as its handling of high-profile cases involving sexual abuse, drugs charges and violent crime. Barristers at the set remain a popular choice for the CPS and also offer extensive experience of acting for the defence". The Legal 500 UK Bar 2020 reports that "according to some observers in the criminal law space [the set has] ‘the monopoly on the Western Circuit, due to its strength and depth’".  Members here are frequently instructed in criminal matters ranging from serious sexual offences to terrorism. The team represents an array of defendants as well as the CPS and other prosecuting authorities.”

We have particular expertise in regulatory criminal offences, receiving instructions from government agencies, local authorities, businesses, insurers and private individuals. Our reputation has also been recently highlighted by the former head of chambers Nigel Lickley QC being appointed as a Circuit Judge at the Central Criminal Court and 3PB being awarded a certificate of congratulations from the Chief Constable of Hampshire.

With offices in London, Birmingham, Bristol, Bournemouth, Oxford and Winchester all equipped with modern conferencing and video link facilities, we are able to provide a comprehensive and professional service to all.

We welcome direct instructions from both businesses and members of the public under the direct access scheme and are able to offer bespoke services and fee structures to private clients unable or unwilling to access public funding. 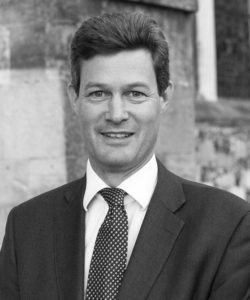 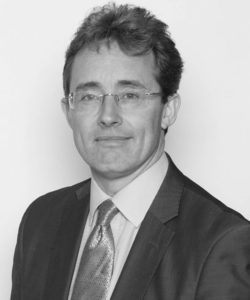 Door Tenants are marked by the DT symbols.

3PB is praised by clients as a 'go-to set' for both prosecution and defence instructions work across the western circuit, with 'excellent strength in depth'. The set is instructed on all manner of cases, including serious violent, sexual, or drug-related crime, as well as more specialist areas including fraud and court-martials. Timothy Bradbury prosecuted a British Army officer, who was alleged to have raped a United States Air Force captain. Adam Feest QC prosecuted a former Southampton FC youth coach for multiple historical sexual offences against 24 complainants.

"according to some observers in the criminal law space [the set has] ‘the monopoly on the Western Circuit, due to its strength and depth’".

The combined clerks’ room across the set’s six offices is a ‘well-oiled machine’.

Lee Giles 'a master of his art'.

Well respected for its "excellent breadth and depth of advocates," as well as its handling of high-profile cases involving sexual abuse, drugs charges and violent crime. Barristers at the set remain a popular choice for the CPS and also offer extensive experience of acting for the defence. Recent significant cases include the Huntingdon Terror Plot, involving two defendants extradited from the Netherlands who were sentenced for their involvement in a blackmail that developed from a campaign involving animal rights extremism.
Client service: "The clerking is excellent and they are always ready to go the extra mile." "The clerks are efficient and easy to deal with." Stuart Pringle is based in Winchester and is chambers director.

3PB Barristers are in Band One and enjoy a sterling reputation on the Western Circuit for high levels of quality and consistency across its broad criminal practice. It has an enviable track record of handling high-profile and demanding criminal cases, including murder, fraud, drug and sex offences. Instructing solicitors single out the set's efficiency and excellent client service as strengths, observing that the practitioners are "extremely reliable with great diversity, and are able to get to grips with cases at a frightening speed."

"A great set of chambers."