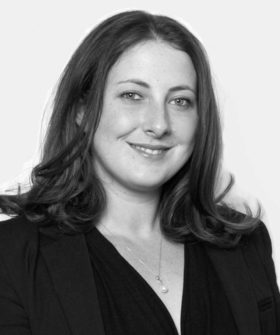 Gemma has been practising in general crime across the Western Circuit since 2007 when she worked as an advocate for the CPS. She completed pupillage with the Crown Prosecution Service before leaving in 2013 to come to the independent bar where she now has a well-balanced mixed prosecution and defence practice.

Prior to qualification, Gemma worked for a Local Authority in child protection, and as such has a particularly good rapport with young and vulnerable people, which she uses to ensure witnesses give their best evidence, and to make them feel as comfortable as possible with the court process. Given the current emphasis on handling young and vulnerable witnesses these skills ensure Gemma is able to deal with the most sensitive of cases; she has successfully completed the vulnerable witness training programme and a significant proportion of her practice relates to defending the most vulnerable in society or prosecuting cases with very young witnesses.

Gemma has a deep understanding of criminal procedure and her practice encompasses the full range of offences with particular emphasis on complex drug conspiracies, serious sexual offences, dishonesty including fraud and money laundering, murder, serious violence and public order. Her practice has particular emphasis on cases with young or vulnerable witnesses or defendants, and she is regularly instructed to represent those with complex learning or mental health difficulties.

Gemma has experience of dealing with complex and sensitive disclosure issues including Public Interest Immunity, and is regularly instructed in cases involving Confiscation under the Proceeds of Crime Act. She has experience representing the police in civil proceedings in applications for Sexual Harm Prevention Orders and Sexual Risk Orders; she has trained ACPO on Domestic Violence Protection Orders and provided training to Local Authorities on Disclosure.

Gemma's practice encompasses the full range of sexual offences. She is most often instructed in cases involving vulnerable witnesses or defendants; either because of age or mental health difficulties.

She has experience of representing the police in civil proceedings in applications for Sexual Harm Prevention orders and Sexual Risk Orders.

Gemma White is qualified to accept instructions directly from members of the public and professional clients under the Direct Access (or Public Access) scheme.