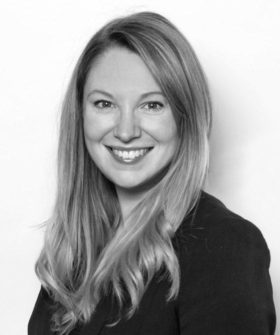 Berenice Mulvanny is a specialist criminal practitioner dealing with the most serious criminal offences including murder, rape and other serious sexual offences, firearms and explosives, drugs conspiracies, serious violence, arson and offences of dishonesty. She both prosecutes and defends and is a highly sought-after junior, having been led on a number of serious cases including high profile allegations of sexual offending and multi handed murder.

Berenice has been placed on the approved CPS Advocates Counter Terrorism and Serious Crime Group Specialist Panels. She is a level 3 CPS and specialist rape and serious sexual assault prosecutor and is accredited by the Bar Standards Board to act directly on behalf of individuals and organisations under the Public Access Scheme.

Berenice Mulvanny has extensive expertise in sexual offences including rape, including historic allegations, voyeurism, buggery, inciting underage sex and other serious sexual offences. She has experience of ancillary orders such as Sexual Harm Prevention Orders and Criminal Behaviour Orders and is a level 3 CPS and specialist rape and serious sexual assault prosecutor.

Berenice is an exceptional and persuasive advocate. Her strength is her ability to deal with sensitive and difficult allegations with tact and confidence, especially with cases involving young and vulnerable witnesses. she often acts for defendants who have no experience of the court process, who hold positions of responsibility and find themselves charged with serious and (if proven) potentially career ending sexual offences. She has successfully defended police officers, teachers, care workers and military personnel. She also acts for vulnerable, elderly and young defendants.

Berenice Mulvanny has extensive experience in defending a wide range of driving and motoring offences, ranging from offences in the Crown Court where death has resulted to minor driving matters on a private or direct access basis in the Magistrates’ Court.

Berenice Mulvanny is qualified to accept instructions directly from members of the public and professional clients under the Direct Access (or Public Access) scheme.