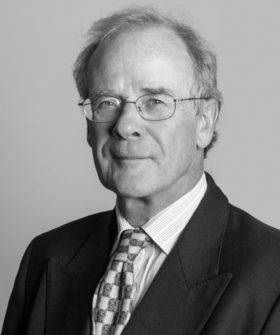 A Grade 4 Prosecutor on both the South Eastern and Western Circuits, Robin Leach regularly acts as a leading Junior in serious cases involving fraud, money laundering, drugs and firearms, and has been instructed in many cases involving the National Crime Squad and SOCA.As defence counsel he has been involved in all types of criminal cases including rape, corruption and large frauds.

Murder, attempted murder and manslaughter
Has prosecuted a number of cases at the Central CC and at Winchester and Bristol. Cases have encompassed a wide range of defences including self-defence, accident, issues of causation and diminished responsibility.

Rape and other sex offences

Firearms
Has prosecuted extremely serious firearms cases as a leading Junior, where the main allegation has been the possession of firearms and ammunition with intent to endanger life. The problem of proving 'specific intent' has been a feature of all these cases.

Death by dangerous driving
Defended a number of cases, including R v Bean which revolved around the identity of the driver when the deceased and defendant were in a car that crashed at high speed in a county lane. The car was found upside down, the deceased in the back seat. The defence maintained that the deceased was thrown into the back of the car on impact. Experts were called on both sides and took different views of the evidence. The jury acquitted.

Confiscation
Dealt with confiscation after the conclusion of many trials both under the old drug trafficking legislation and wider POCA. More recently, involved in the enforcement of confiscation orders by civil methods including where the defendants' assets were abroad.