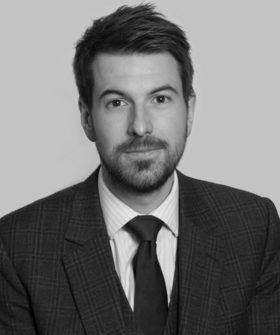 Graham defends and prosecutes across Southern England & Wales, including London. His cases have covered a wide range of criminal offences, including child cruelty, possession of indecent images, cannabis cultivation, burglary and arson. He has also appeared in numerous proceedings concerning the breach of court orders, as well as prosecuting for several regulatory bodies, including the RSPCA, DVLA and TfL. Graham also handles driving offences and POCA cases.

Secured the acquittal of a client initially charged with money laundering in 2017.

Appeared before the Court of Appeal representing three parties charged with offences under section 1 Knives Act 1997 (unlawful marketing of the items).

Representing defendant website business in Court of Appeal for an application under S.35/36 of Criminal Procedure and Investigations Act 1996

R v Wi
Burglary matter dropped by the Crown after the service of DCS.

D v R
Appeal against conviction for one offence of harassment. Crown’s case dismissed at half-time.

R v M
Successfully resisted Crown’s application to adduce the complainant’s evidence as hearsay, resulting in the discontinuance of the s.47 charge.

Graham frequently handles motoring law offences, from first appearances through to trial and, if necessary, sentencing. His practice covers the full range of motoring matters, from dangerous driving through to documentary and lower level offences. He is adept at handling cases involving the intricacies of this area of law, and is a trusted advocate by lay and professional clients.

Examples of Graham’s recent cases involving such points of law include:

P v A
Failure to stop. Graham secured the acquittal of the client on the basis of case-law which held that, if the court was satisfied the defendant had not been aware of the alleged accident, they could not be guilty of failing to stop.

R v C
Dangerous driving offence sent to the Crown Court. However, the matter had to be withdrawn by the prosecution as notice had not been sent to the defendant within the time-limit required by statute, a point noted by Graham.

R v CB
inconsiderate driving. Successfully argued that the Crown had not established a case to answer resulting in that charge being dismissed at the close of the Crown's case.

Other examples of Graham’s work include:

P v Z
Careless driving. Despite the defendant driving an HGV at the time of the incident, Graham secured a favourable result that meant the driver kept his licence.

P v O
Using a mobile phone whilst driving and no insurance. Successful dismissal of both charges.

P v S
Speeding matter. Despite the client’s recorded speed being over 100mph, Graham was able to persuade the court to impose penalty points only, rather than a substantial period of disqualification.

P v P
Successfully ran a defence of no intention to drive to counter a charge of drunk in charge.

P v S
Two failure to nominate offences. Graham persuaded the court that it was within its powers to limit the number of points imposed due to the offences being committed within an extremely close time-frame, meaning that the client kept their licence.

P v W
Failure to nominate. Successful statutory defence of client who did not have control of the vehicle at the time of the underlying speeding offence and, as such, could not reasonably establish who the driver was.

Graham accepts instructions in military disciplinary proceedings. He has an ability to quickly and easily establish a rapport with serving personnel and assist them through the process. He is particularly adept at handling matters involving unusual or tricky issues. For example, he recently represented a Royal Marine charged with assault occasioning actual bodily harm. Although the offence was admitted, the process was complicated by the serviceman's recent diagnosis and ongoing treatment for PTSD and other anxiety issues.

Similarly, Graham represented a RAF corporal charged with a domestic assault. Again, the offence was admitted, but any sanction higher than a fine would have resulted in serious career ramifications for the corporal. Graham was able to chart a course through the proceedings that resulted in the client receiving just a small fine.

MoJ v R
Appeared for a sailor charged with an offence under section 42 of the Armed Forces Act 2006, the underlying offence having occurred in Bahrain.

Graham Gilbert is qualified to accept instructions directly from members of the public and professional clients under the Direct Access (or Public Access) scheme.