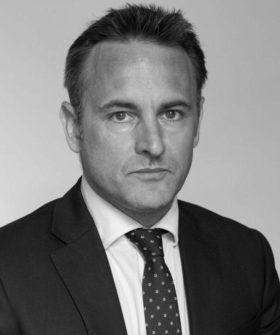 Craig is the Head of 3PB’s Employment and Discrimination Law Team and a Board Member of Chambers’ national Policy Committee.

He practises exclusively in this area of law and is ranked as a Leading Junior barrister in the Legal 500 and Chambers and Partners directories.

Having developed a successful nationwide practice spanning over 20 years, he is highly experienced in acting for both respondents and claimants across the full range of employment-related claims brought in the Employment Tribunals, County Courts, and the High Court.

Reflective of his level of skill and experience in dealing with factually and legally complex disputes, he is regularly instructed to conduct long multi-day cases involving issues of whistleblowing, discrimination, employment status, and TUPE.

In the course of his practice, Craig has acted for and against: technology companies; engineering companies; financial services companies; national newspapers; charities; schools; colleges; care homes; GP and dental practices; NHS Trusts; recruitment consultancies, insurance companies, supermarkets, and adult education providers. Consequently he is very familiar with dealing with the Care Quality Commission, safeguarding issues, the Financial Conduct Authority, and all of the relevant professional, regulatory, and Ombudsman issues which arise from dealing with this type of litigation.

Over the last 10 years he has also developed a sub-specialism in transport work. Through his dealings with this type of work, he is very familiar with the specific policies, procedures, and contracts of employment that are sometimes unique to the transport industry. He is also fully conversant with the commercial aspects of how London based transport companies interact with and secure contracts with Transport for London (‘TfL’) and the standards which the companies must adhere to in order to retain such contracts and routes, which can sometimes raise issues which require sensitive and careful handling.  He has also been involved in litigation concerning Network Rail and international airlines.

He is frequently instructed by employers to provide strategic, TUPE-related, and policy advice, as well as advising them during the course of sometimes very factually and legally complex / sensitive grievance and disciplinary processes.

In recent years he has also developed a specialty in advising both employers and employees on the enforceability of and / or breaches of post-employment restrictive covenants, applying for and defending applications for injunctive relief, and on the various common law and equitable remedies which might be available to a successful party following such applications and subsequent claims.

He regularly provides case law updates, lectures, seminars, mock tribunals and bespoke training to solicitors, employer clients, and Human Resources professionals. Most recently such training has included mental health issues arising in the context of disability discrimination claims, and also a webinar explaining the detail of the Coronavirus Job Retention Scheme and its wider implications for employers and employees in the workplace. He is also an approved lecturer with ACAS and has given numerous lectures with employees of ACAS around the country to businesses and HR professionals on subjects ranging from misconduct dismissals, Tribunal procedure, and most recently a comprehensive 1 day training session on TUPE.

Craig has been appointed to the panel of barristers of the Employment Lawyers Appeals Advice Scheme (‘ELAAS’). ELAAS is a service offering pro bono employment law advice to appellants and respondents where there is a preliminary hearing in the Employment Appeal Tribunal with no previous legal representation on record.

Craig Ludlow is qualified to accept instructions directly from members of the public and professional clients under the Direct Public Access scheme.