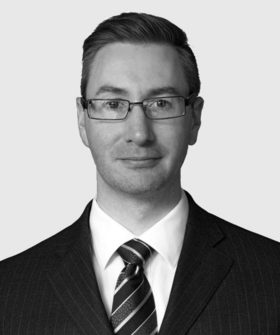 Steven represents clients at all stages of care proceedings. He regularly acts for parents, local authorities, guardians, extended family members (such as grandparents), intervenors, and the Official Solicitor.

A growing area in which Steven has experience is that of cross-jurisdictional care cases. He has advised in cases involving family members abroad, and cases where the children are foreign nationals living in this jurisdiction.

Steven is experienced in representing parties in care cases involving:

Acted for the guardian before the President of the Family Division in a matter which set out the circumstances in which the 26 week time limit in care proceedings may be extended.

Acted for a local authority in a case involving a child born of incest. The grandmother’s proposal to care for the child against the mother’s wishes was rejected, and a care and placement order was granted.

Led by Vanessa Meachin QC, acted for a father accused of having caused extensive bruising and multiple fractures to one of his children. The mother was found to have caused the injuries that the court found proved, and the child was rehabilitated to the father’s care. A programme of work was agreed by the court to see whether the mother could progress sufficiently to re-join the family in due course.

Acted for a local authority in a case where the mother and her partner had been assessed in private law proceedings to have alienated the children against their father. The children were removed under interim care orders for further assessment of the family, and a plan for rehabilitation to the father’s care approved by the court.

Acted for a local authority in a finding of fact hearing where it was found that the father who suffered from a number of mental health difficulties caused bruising to his child’s thighs and groin.

Acted for a guardian in a case concerning neglect, domestic abuse, substance misuse, and physical injury to one of a sibling group. The mother and grandmother were found to have lied about an incident they said caused the ear injury. The court found the injury to be caused by the parents. At the final hearing, the placement order for 2 of the children was dismissed as a preliminary issue due to the local authority not having a valid ADM decision, and care orders were made for those children. Care and placement orders were granted for the younger children.

Acted for a guardian at a fact finding hearing at which the father was found to have fractured the arm and caused bruising to the buttocks of his child. Findings were made about parental substance misuse, and the mother’s failure to protect the child.

Acted for a father accused of breaking his child’s leg at a finding of fact hearing. The mother was found to have fractured the leg, and no findings were made against the father.

Acted for a mother found to have caused her child to make untrue allegations of sexual abuse. The child was rehabilitated into the father’s care.

Acted for a local authority in a case where the mother accepted she could not care for the children, and the father was alleged to have accessed a large amount of child pornography and sexually abused his children. The father suffered from serious mental health problems which impeded his ability to engage in the proceedings. Care orders were granted.

Acted for a father with mental health difficulties alleged to have neglected and assaulted his child. After psychological assessment of the father and child, the father accepted he could not meet the child’s needs in the child’s timescales and a care order was granted.

Acted for a mother with a learning disability, whose partner also had learning difficulties, with a large number of children. A variety of care orders and placement orders were granted.

Acted for a father in a fact finding hearing where it was alleged he had fractured the skull of his 12 day old baby. No findings were made and the child returned to his care after the local authority application was dismissed.

Acted for prospective adopters in a contested adoption which was opposed by the birth parents who had managed to make significant changes in their lives. The birth parents were successfully parenting another of their children as a result of those changes. The adoption orders were granted.

Acted for children in a fact finding hearing where it was alleged by one of the children that an adult family member with profound learning difficulties had sexually abused them. The child and learning disabled adult gave oral evidence during the hearing.

Led by Vanessa Meachin QC, acted for a mother accused of having murdered one of her children who died of catastrophic head injuries. Her former boyfriend was found to have caused the death, and some of the children were rehabilitated to the mother’s care.

Acted for a father in a fact finding hearing where it was found that he had shaken his baby. The child was rehabilitated to the joint care of the father and the mother.

Acted in care proceedings for a mother who had been subject to domestic abuse and controlling behaviour from the father. The father was found to be dishonest, and to have manipulated the children against the mother. The children were reunited with the mother. As a result of the father’s significantly harmful behaviour his parental responsibility was removed.

Acted for the local authority in care proceedings involving chronic neglect of children, a learning disabled, partially deaf mother, and her non-impaired husband. SGO and 12 month supervision order made in respect of eldest child, and care and placement orders in respect of the other 2 children.

Led by Paul Storey QC, acted for a father in a fact finding hearing where it was found he had murdered one of his children and caused physical harm to his other children. The surviving children were rehabilitated to the mother’s care.

Steven is experienced in representing parties in cases involving:

Acted for the father on an appeal brought by the mother in respect of the trust funds and a costs order. The mother’s appeal was allowed.

Acted for a mother in 2 linked cases where the father and his partner were alleged to have been seriously domestically violent to the mother, to have assaulted the children, and to have caused the mother and children psychological harm. The case involved issues of how a non-subject competent child should give evidence.

Acted for a father opposing an appeal from a decision of the lay justices to move his children to live with him. Appeal allowed.

Acted for a father absolved of serious sexual and physical abuse in previous proceedings who had been rejected by one of his children.

Acted for a father against whom the mother made a series of allegations of sexual abuse during a series of proceedings. No findings were made against the father, and contact was ordered.

A frequent feature of Steven’s cases is domestic violence, often associated with other issues such as substance abuse or mental health problems.

Steven is experienced in advising in respect of non-molestation orders and occupation orders, and has appeared for applicants and respondents throughout these applications, from ex-parte application to final hearing. He has also appeared in applications to enforce those orders.