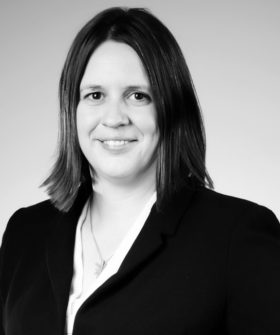 Cases involving a foreign element (i.e. removal from the jurisdiction).

Sarah is also qualified to accept work on a direct access basis.

Following the high profile case of toddler Ethan Williams, 3, who disappeared with his mother, tipstaff orders have been in the national press. Sarah Jennings has written a helpful and practical guide to anyone seeing the assistance of the tipstaff (enforcement officer for all orders made in the High Court) http://www.familylawweek.co.uk/site.aspx?i=ed146613

Sarah Jennings, Esther Lieu and DJ Exton provide an overview of the Family Drug and Alcohol Courts from a practitioner’s and Judge’s perspective.  http://www.familylawweek.co.uk/site.aspx?i=ed136182

Sarah Jennings is qualified to accept instructions directly from members of the public and professional clients under the Direct Public Access scheme.