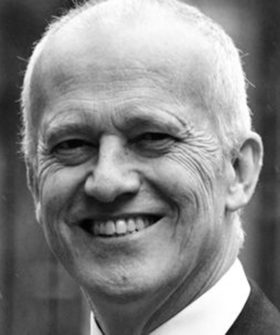 Lawrence specialises in serious public law children’s cases, regularly appearing in the Family Division of the High Court. He is instructed by local authorities, parents and guardians.

He undertakes serious fact finding cases including cases where a child has died, NAHI, other serious non-accidental injury, fabricated or induced illness, as well as complex outcome hearings including those with an international element. As well as conventional public law children cases, Lawrence also advises and appears in those with sensitive medical and ethical aspects for example, cases where the lawfulness of whether to resuscitate a child is at issue or where one parent has killed the other.

He advises and appears in cases where there are serious issues of confidentiality and disclosure including those requiring the exercise of the High Court’s inherent jurisdiction and the making of reporting restriction orders to restrain media publication.

He is regularly instructed by local authorities, parents and guardians to advise where there are issues of particular procedural, jurisdictional or evidential complexity.

As a senior junior he regularly appears against silks and occasionally leads junior counsel.

Lawrence has undertaken cases involving vulnerable adults and children for over 25 years. These cases have involved a variety of jurisdictions, including Mental Health and Social Care legislation, the inherent jurisdiction of the High Court and more recently the Court of Protection.

He has represented local authorities, relatives and patients. He has a number of qualities which have proved particularly relevant to these important and often complex cases.

Lawrence has chaired the British Agencies for Adoption and Fostering (BAAF) Midlands Region Legal Group for some ten years and is a trainer on the pediatrician expert witness programme. He also lectures on aspects of public children law and often chairs related conferences and seminars, usually of a multidisciplinary nature.

Lawrence advised Nottinghamshire County Council in the High Court case exercising its powers, under the inherent jurisdiction, in relation to a treatment plan for a young child involving the withdrawal of life-supporting treatment and the institution of palliative care measures. Please click here for more information.

Re L (A child) [2011] EWHC 1285 (Fam) (Judge Bellamy)
Actual errors and omissions in articles written by a journalist about care proceedings demonstrated the dangers in relying on  partisan reporting by family members and supporters rather than attending court hearings to hear the evidence the court itself heard.

X and Y v a Local Authority (Adoption: Procedure) [2009] EWHC 47 (Fam) McFarlane J [2009] 2 FLR 984
McFarlane J considered a failure by the Family Proceedings Court to meet the requirements of the Adoption and Children Act 2002 s.46(6). An agreement which had been reached between local authority and birth parent on a regime for postadoption contact about which the adopters were not informed and to which the adopters would not agree was set aside.

Re B (Minor) 2008 EWHC 1996 Coleridge J 10/6/08 (Lawfulness of not resuscitating disabled child)
The court considered whether it would be lawful and in the best interests of a profoundly mentally and physically disabled child for her not to receive intensive resuscitation, if she developed a deteriorating illness or became severely unwell

A County Council v a Mother, a Father and X, Y and Z (by their guardian) [2005] EWHC 31 (Fam) Ryder J[2005] 2 FLR 129
Ryder J considered the proper approach to deducing the welfare of the child. It was a multi-faceted concept which could not be deduced from any one professional perspective. He also considered the relevance of the terms ‘Munchausen’s syndrome by proxy’ and ‘Factitious/fabricated (and induced) illness (by proxy)’ concluding that they were not descriptions of a disease, but merely descriptions of a range of behaviours whose context and assessments could provide insight into the degree of risk a child might face.