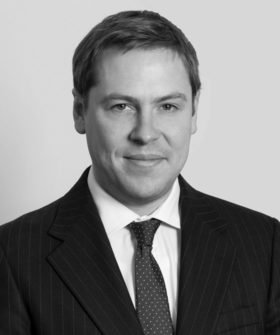 Alex’s main interest is in public and private law Children Act applications, where he has developed solid experience representing a diverse range of clients through all stages of proceedings.

Alex is regularly instructed by Local Authorities, parents, children, extended family members and interveners in public law children matters at all stages of proceedings. In particular, he has experience of acting in the following circumstances:

Alex is regularly instructed in Child Arrangement matters and endeavours to see cases from first appointment to final hearing. He is very sensitive to issues of domestic abuse and has been recommended by domestic abuse charities to represent vulnerable clients. He has solid experience in these matters including:

Alex accepts instructions in financial claims following the breakdown of marriage and has experience of acting for clients at every stage of proceedings including contested final hearings.

Alex accepts instructions in Court of Protection matters concerning the welfare of people who lack capacity. He has experience of acting for local authorities, including at final hearings.

Re V [2019]: Represented an intervenor in a 10 day fact finding hearing in care proceedings where his client was in a pool of perpetrators in relation to a skull fracture sustained by a 3 month old baby.

Re C [2018]: Represented a client in care proceedings in a complex fact-finding hearing where the historic sexual abuse and rape of a child was alleged. The case involved complex and sensitive medical evidence, police evidence where there were significant issues with the ABE process and psychological evidence. In addition, the child was required to give evidence and questions prepared for his cross-examination.

Re A [2018]: Represented a mother at a final hearing where the local authority were seeking to place a baby for adoption. Successfully argued that further assessment was necessary.

Re W and Re S [2018]: Represented two different mothers in private law proceedings where they had alleged significant domestic violence. Successfully pursued findings on their behalf and dealt with the welfare issues that arose from the findings.

Re W [2018]: Represented a father in a fact-finding hearing in private law proceedings where the mother made allegations domestic abuse and rape.

Alex Hodge is qualified to accept instructions directly from members of the public and professional clients under the Direct Public Access scheme.