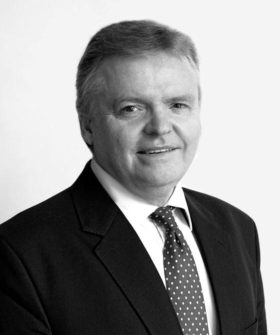 William’s practice comprises traditional land-based Chancery and town and country planning, both in the public and private sectors. He is the author, and also the co-author of text books on planning, easements, the registration of village greens, public rights of way, the listing of assets of community value and restrictive covenants.

William's next book, entitled "Renewable Energy from Wind and Solar Power: Law and Regulation" is due to be published by Wildy, Simmonds and Hill in March 2021. The book runs to over 300 pages and is the first comprehensive and authoritative coverage of the subject in a legal text book.

The book includes a foreword by Lord Justice Lindblom who is a senior planning judge in the Court of Appeal.

William Webster has taken on, and performed, a formidable task. In describing and explaining the complex framework of regulation for electricity generation by the two principal sources of renewable energy in this country - solar and wind power - and in presenting a vast amount of law, policy and decision-making, he has filled an expanding gap in the literature on environmental and energy law. Indeed, he has produced the first comprehensive, and authoritative coverage of the subject in a legal textbook.

Rightly, the book places its examination of the relevant law and policy in the wider context of the United Kingdom's efforts to reduce reliance on fossil fuels, the legally binding targets for greenhouse gas emissions in the Climate Change Act 2008, the international obligations under the Paris Agreement of 2015, the IPCC's "Special Report on Global Warming of 1.5C" of October 2018, and the reports of the Committee on Climate Change in 2018 and 2019.

The book explores the arrangements for the approval of wind and solar energy projects in the planning legislation and the process of gaining consent under section 36 of the Electricity Act 1989. It connects that discussion to the legislation regimes for the protection of the environment, including the legislation for environmental impact assessment, with a particular focus on habitats and the historic environment. It illuminates the law on nationally significant infrastructure projects. It brings together the national policy and guidance bearing on wind and solar energy projects. And it devotes full chapters specifically to the development of wind farms, both onshore and offshore, and to the development of solar energy. All of this is lucid and thorough.

A feature of the book likely to be welcomed by practitioners is the series of case studies in chapters 8 and 10, which analyse recent decisions of the courts and of the Secretary of State, or an inspector and reporter, and draw out the salient principles - for example, on wind power or solar power development proposed in the Green Belt; or affecting important landscape or seascape, or a heritage asset or its setting; or biodiversity; or likely to harm the living conditions of local residents; or offering "community benefits"; or of a scale requiring a development consent order, with a wide range of implications for the local environment, and requiring powers for the compulsory acquisition of land. Here again the approach is both practical and meticulous.

William Webster's experience as a practitioner in this area of the law, the case he has taken in organising his material and the clarity of his text will, I am sure, bring this book the success it deserves.

This book runs to 766 pages and includes a foreword by Lord Justice Lindblom. The book was published by Wildy, Simmonds and Hill in February 2019. It covers a wide range of planning topics and planning-related topics within a single volume.

Lord Justice Lindblom’s foreword to this book is as follows:

In an area of the law that is constantly changing, and constantly growing in complexity, a new text book will always be welcome – the more so if it is thorough, reliable and insightful. This one undoubtedly is.

The challenges facing an author who aims to reflect recent changes to the legislative regime for planning, and to record the work of the courts in developing and clarifying the law, are formidable. Gathering the various themes into a clear and usable guide is no easy task.

William Webster has managed to cover his subject fully, with a sure grasp of the law, and a facility to point out the salient principles where they occur. His discussion of the principles governing development control and plan-making, the interpretation of national planning policy, planning conditions and obligations, environmental impact assessment, the enforcement of planning control, listed buildings and conservation areas, town and village greens, the lawfulness of planning decisions, and a host of other topics, is thoughtful, lucid and comprehensive. The analysis is sound, and amply supported by relevant case law.

Practitioners looking for answers to the questions they meet in advising clients on the law, and when preparing argument in proceedings before the courts, can expect to find answers here. For judges too, both in the Planning Court and elsewhere, the text will be enlightening.

I wish this excellent book the success it deserves.

Click here to read a review of the book in Thomson Reuters by Dr Ashley Bowes, Editor of the Journal of Planning & Environment Law.

It is written for busy planning practitioners in the private and public sectors and includes, within a single chapter, the final revisions to National Planning Policy Framework published in July 2018. The book is a single up-to-date reference book and contains a substantial body of footnotes covering the material primary and secondary legislation and case law.

Restrictions on the Use of Land

This book was published by Wildy, Simmonds and Hill Publishing in November 2016 and extends to nearly 600 pages. It was co-authored with a colleague at 3PB (Robert Weatherley). The book contains sections on easements, village greens, public rights of way, restrictive covenants, assets of community value and elements of planning law. The authors are indebted to Lord Neuberger, then President of the Supreme Court, for his helpful foreword:

‘A book which analyses and explains this complex law (governing the use of land) in an authoritative, up-to-date, practical and clear way is to be warmly welcomed. William Webster and Robert Weatherley deserve warm thanks for having produced such a timely book.’

William is qualified to accept instructions directly from members of the  public and professional clients under the Direct Access Scheme.

William Webster is qualified to accept instructions directly from members of the public and professional clients under the Direct Public Access scheme.