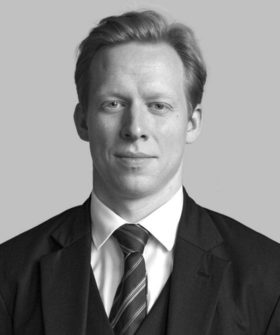 Tom’s familiarity with both civil and criminal jurisdictions makes him uniquely placed to traverse the rigours of Regulatory Law. He regularly accepts instructions across the spectrum of regulatory and quasi-criminal matters. His particular interests are in trading standards, fire regulation, environmental law, Health & Safety, planning enforcement and maritime.

Tom was a member of TSOL’s ‘Junior Junior’ and has extensive experience of the judicial review process.

Re. Section 53A Licensing Act 2003 application - Tom represented a licensed premises (which also benefitted from an SEVL) in an application under s.53A of the Licensing Act. The premises was said to be associated with serious criminal conduct following allegations of false imprisonment, sexual assault, conspiracy to commit fraud and theft. The initial opinion of the Chief Officer of Police for Hampshire was that the licence should be suspended for a period of 3 months. Following a full hearing before the Sub-Licensing Committee, the premises was allowed to retain its licence subject to the addition of various conditions.

Re. Maritime prosecutions - Tom acted for a Harbour Authority in four separate private prosecutions alleging infringements of the Harbour's General Directions. Each case resulted in the imposition of financial penalties for the accused.

Poole Borough Council v Wilson - Breach of a tree preservation order. This case is believed to be the first contested confiscation hearing in England and Wales where the issue was the extent of the Defendant’s ‘benefit’ resulting from the increase in light to his property occasioned by the Defendant’s wilful damage of a tree. Tom acted for the prosecution. The Case received national media attention, including in The Telegraph and in The Times.

R v L - Prosecution for failing to comply with a restriction imposed by a Prohibition Notice under Article 31 of the Regulatory Reform (Fire Safety) Order 2005.

Thomas Evans is qualified to accept instructions directly from members of the public and professional clients under the Direct Access (or Public Access) scheme.