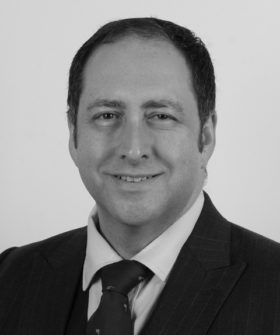 Philip Bambagiotti practice focuses on all aspects of building, engineering and construction law – domestic and international.  He acts in "traditional" building disputes such as those about building contracts, consultants contracts, defects, variations, delays and technical issues.

He appears as a barrister in courts and tribunals, as well as in arbitrations, mediations, adjudications and as a neutral evaluator.

Philip is long-regarded as one of the foremost practitioners in the specialist area of Building & Construction Law. Apart from his extensive experience in acting for different interests in construction disputes, he has also authored the leading text on residential building disputes in New South Wales, Building Disputes and the Home Building Act 1989 (NSW), of which a 2nd Edition is underway. He is the general editor of the National Building Service.

He has a particular interest in international arbitration.  He is a Fellow of the Chartered Institute of Arbitrators (FCIArb) and is a panel arbitrator with the Thailand Arbitration Center (THAC) and the Asian Internaitonal Arbitration Center, based in Malaysia (FAiAC).

Being Australian, French, & Italian, Philip has always had an international element to his practice.  He has been a member of the Union Internationale des Avocats / International Association of Lawyers (UIA) since his first year at the bar (for more than 20 years), and has recently been appointed the UIA’s Regional Secretary for Oceania (which puts him on the UIA Governing Board).

He is very active in arbitration and mediation practice, particularly in East Asia, and is a member of a range of Construction and Arbitration law organisations operating in the region.  Apart from the SICC (where he is a registered foreign practitioner) and CIArb (where he undertook all the qualifying elements in Hong Kong), he is a Fellow of the International Dispute Resolution Academy (Hong Kong), a member of the Society of Construction Law (Hong Kong), a Fellow with the THAC, and a Fellow with the AiAC.  He is also a member of a range of international law organisations, such as the ICC, and the IBA.

Mick Fabar Constructions P/L v Lingrp P/L[2019] NSWSC 158 (26 February 2019) where he defended an appeal from a lower court decision on a building case –involving issues of formation of contract and repudiation.

Vella v Mir[2019] NSWCATAP 28 (31 January 2019)in which he appeared for the builder in a successful appeal in a building case.  This decision is notable for the adoption of the submission that the terms of sec 18F Home Building Act 1989 are a jurisdictional issue, rather than being properly characterized as a limitation provision.It effectively reverses the way that those issues are to be dealt with in Statutory Warranty claims (and will apply to proceedings in courts as well as in the tribunal).

Indorato v Ottaviano t/a Transbuild Constructions[2019] NSWCATAP 115 (20 January 2019) in which appeared for the builder in successfully defending an appeal, on questions of formation of building contracts, and the proper inference to be drawn from payments.

The Owners –Strata Plan No 81837 v Multiplex Hurstville & Anor[2018] NSWSC 1488 (4 October 2018) : a separate question involving the question of equitable title to land and whetherit accrues by the aggregation of contract rights of use & enjoyment, the meaning of ‘successor in title’, and whether application for an occupation certificate can be made in trade or commerce for the purposes of trade practices legislation(NSWSC).

Ku-ring Gai Council v Chan (No 2)[2018] NSWCA 73 (11 April 2018) : that involving the appropriate approach to consideration of offers to settle (Calderbankclaims and offers of compromise) in the circumstance of contested economic loss claims in negligence involving novel duties of care.(NSWCA)This case has since been cited in costs arguments for resisting applications for indemnity costs.

Ku-ring-gai Council v Chan[2017] NSWCA 226 (7 September 2017), being the local council’s appeal from Chan v Acres, involving a case for a claim in negligence for economic loss arising from allegedly faulty certification of building work.(NSWCA). This case deals withthe question of the extension of duty of care to statutory building certifiers, and is an important case on the application of the principles identifying economic loss in the building/construction context. He acted for the Council in defending the application for special leave to the High Court, where that application was dismissed.

Chan v Ku ring Gai Council[2018] HCASL 21.(HCA) 2017 : commercial arbitration between  an architect and developer  regarding a dispute as to the extent of the architect’s retainer, allegations of breach of retainer, and reconciliation of claim (conducted by grade 1 arbitrator)

The Owners –Strata Plan No 76841 v Ceerose Pty Ltd [2017] NSWCA 140 (23 June 2017) which involved the question of the jurisdiction of the Court in limiting the scope for plaintiff recovery on a later amended claim.(NSWCA)

Foyv Calliden Insurance[2017] NSWDC 33 (3 March 2017) per Hatzistergos DCJ involving questions of the true construction of statutory periods of grace in insurance provisions of the Home Building Act 1989 as well as the constitutional validity ofstatutory amendments to that Act by reference to the Insurance Contracts Act 1984 cvCommonwealth Constitution Act 1900(NSWDC).

Wesiak v D&R Constructions (Aust) P/L[2016] NSWCA 353 was an appeal from the NCAT Appeal Panel dealing with the nature and operations of the principles of repudiation of contract, as well as the powers of the tribunal on appeal.(NSWCA)

International commercial arbitration between an international professional services firm and a national government regarding the provisions of services for substantial infrastructure projectin Asia-Pacific (2016).

Gardez Nominees Pty Ltd v NSW Self Insurance Corp’n [2016] NSWSC 532 (28 April 2016) in which he appeared for a mortgagee in possession seeking the benefit of the Statutory Warranties under the Home Building Act and indemnity under Home Warranty Insurance. (NSWSC).The case, however, turned upon the proprietary nature of unregistered interests in Torrens Title land and the nature of ‘title’.  It is the first such consideration of these issues.

Chan v Acres[2015] NSWSC 1885 (11 December 2015) in which he appeared for a local council defending a case for a claim in negligence for economic loss arising from allegedly faulty certification of building work. (NSWSC)This is now one of the significant case on this point in NSW, following as it does the question of the extension of duty of care to statutory building certifiers.

Wang v Kaymet Corporation Pty Ltd [2015] NSWSC 1459 (6 October 2015) in which he successfully defended a group of developers who rescinded off-the-plan sales contracts.(NSWSC)The case is of great significance and has aroused a wide range of media response and our success led to an urgent statutory amendment.  This is the first modern case dealing with the topical sunset clause issue in off-the-plan contracts.

In late 2015, he appeared for the owners’ corporation in the Inquest into the fire and death of Connie Zhang, which occurred following a prominent and tragic apartment block fire in Sydney.  The issue involved the proper construction and application of the building code tothe building.  This led to recommendations that are likely to lead to statutory reform.Further, the Zhanginquest has led to now current Supreme Court proceedings, in which he is briefed.(NSWSC)

De Armas v Peters [2015] NSWSC 1050, in which he appeared for the plaintiff insurer on an appeal involving the application of extended res judicata principles and the nature of subrogated interests in choses in action.  This was the first consideration of that particular aspect of those principles at superior court level.(NSWSC)

In 2014 and 2015, he appeared in the latter of a series of cases involving the capacity of the statutory owners’ corporation to bring proceedings for building defects.  These included: The Owners -Strata Plan No 70798 v Bakkante Constructions Pty Ltd(2014) 88 NSWLR 513, [2014] NSWCA 410 as well as a number of others.(NSWCA)

He appeared for the respondents in the leading Australian case on tort claims for economic loss in relation to latent defects in buildings: Brookfield Multiplex v The Owners –Strata Plan No 61288 (2014) 254 CLR 185, [2014] HCA 36 (8 October 2014).  This case has re-defined the way that such negligence cases are decided.(HCA)

In 2012, he appeared in a substantial commercial arbitration, between a major institutional property owner and a building company. The matter involved the construction of a defective façade and awning to a feature building in Sydney.  The case involved complex technical evidence as to the construction of a structural glass awning including the properties of the glass.

In 2011, he was briefed by a government to advise and to develop strategy in respect of a large scale re-insurancedispute it was having with the liquidators of a major now insolvent insurer.  The sums involved were substantial, and the issues of a complex technical nature (for reinsurance).  This matter settled.

In Associated Translators and Linguists Pty Limited and Commissioner of Taxation(2010) 78 ATR 937, [2010] AATA 260 (14 April 2010),he appeared, for the Commissioner, in a substantial hearing involving a contest a to the Superannuation Guarantee charge.(AAT)

In 2010, in The Owners –Strata Plan No 61759 v Vero Insurance Ltd(In the Supreme Court of NSW (Technology & Construction List –No: 55033/07).  The case was a substantial strata building defects insurance claim, which settled at the mediation.(NSWSC)

Allianz v Waterbrook [2009] NSWCA 224 (10 August 2009) which is important authority on causation and the structuring of the operation of the Statutory Warranties and the Home Warranty Insurance in the Home Building Act 1989.  This case largely re-directed the development of the Court’s approach to subsequent purchaser liability as to this Act.(NSWCA)

In The Owners SP 69352 v Vero Insurance Ltd (Home Building)[2009] NSWCTTT 396 (22 July 2009), he appeared in a leading case as to the true construction of Home Warranty Insurance policies in relation to owners corporations.  That case ultimately went on appeal to the Court of Appeal, and represents one of the major authorities on the question.(NSWCTTT)