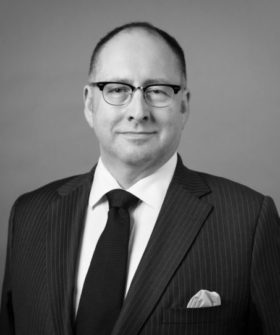 Philip Bambagiotti is an experienced barrister at the NSW Bar in Australia practising in commercial law with a focus on building & construction, infrastructure, property and international law. He takes a broad and pragmatic approach to dispute resolution beyond traditional litigation, having a strong focus on arbitration as well as mediation, negotiation and overall dispute management and solutions.

Philip is admitted as a barrister in England & Wales as well as in Australia. He is a registered foreign lawyer with the Singapore Commercial Courts (SICC). He is a fellow of a number of international commercial organisations, and is an arbitrator on the AIAC and THAC panels. He holds an APEC travel card, allowing him visa free entry for business in most of the countries in the APEC group: including China, Singapore, Hong Kong, Malaysia and Canada.

Philip joined 3PB in September 2019 to further develop this international commercial and construction practice. His principal areas of practice include:

Philip appears as an advocate in courts, arbitrations, and inquiries as well as in mediations and negotiations - with a particular emphasis on acting as an independent party representative for international, multicultural and mulitlingualtransactional and dispute negotiations. Philip also accepts appointment as an arbitrator, a mediator, an adjudicator and a neutral evaluator.

Apart from traditional advocacy, in courts, tribunals, inquiries, and contested applications and disputes, Philip is experienced in strategic and tactical planning and dispute resolution. Clients often consult Philip early in the life of a potential dispute for long term planning and dispute management, as well as with respect to planning commercial transactions and developments.

Philip has long enjoyed a successful practice acting directly and via in-house solicitors and accountants for businesses, insurers (including property insurers, professional indemnity insurers and reinsurers), governments (including the Australian Commonwealth Government, the NSW Government and its instrumentalities and local government bodies, as well as specialist government entities such as NSW Self-Insurance Corporation and the  Australian Tax Office), banks and financiers, industry groups, property developers, builders and subcontractors, building professionals, and landlords.

He takes a collegiate approach and distinctively pragmatic team approach to legal advice and assistance. He accepts retainer relationships as well as ad-hoc instructions. Some in-house as well as private practice solicitors retain Philip to provide point or issue specific advice or even representation within the framework of a wider dispute (as a specialised supplement to a transactional or dispute legal team).

Experience as a Solicitor

As is the practice in Australia, he was a solicitor for some years before going to the NSW Bar. He worked in Sydney with commercial law firms Dunhill Madden Butler and Gadens Ridgeway, where he was promoted to a Senior Associate in 1996 in their commercial and construction law teams. He was called to the bar shortly afterwards, but retains a close understanding of solicitors' commercial practice and maintains good and close relationships with his solicitors.

Philip is the author of Building Disputes & the Home Building Act 1989 (of which the highly awaited 2nd edition is under way).  He is a popular presenter, and regularly speaks and presents seminars & workshops in Australia, Europe and in Asia (predominantly in Hong Kong & PRC).

For example, Philip recently spoke on topics such as:

Philip is a speaker at the Asia Pacific Mediation Forum in South Korea in November 2019 and will be at the CIETAC arbitration competition in Beijing that month as well.

Philip is a Fellow of the International Dispute Resolution Academy IDRA) and has been a delegate for the IDRA course in international arbitration in Shaghai PRC in 2016 and Beijing PRC in 2017, and represents and presents for the IDRA. The IDRA focuses upon teaching arbitration, mediation, and advocacy skills in the PRC.

As well as authoring the leading text on residential building dispute in NSW: "Building Disputes and the Home Building Act 1989" (NSW) published by Thomson Reuters (2012) (with a 2nd edition in preparation), he is the general editor of the Australian Building Service and the author of the residential building chapters in the NSW Building Service (both published by Thompson Reuters).  He is also a contributing author (Ch 3) to Construction Law in Australia (4th ed, Bailey, Lawbook Co, Sydney 2018).

Philip Bambagiotti is qualified to accept instructions directly from members of the public and professional clients under the Direct Public Access scheme.