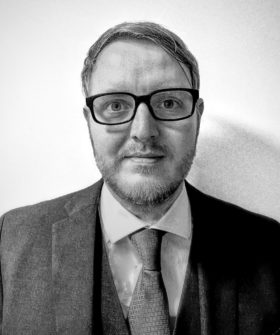 Oliver Ingham is an experienced trial advocate in both the Chancery and Family Division of the High Court, and regularly appears in both divisions representing parties to Claims brought under the Inheritance (Provision for Family and Dependants) Act 1975. Oliver is recommended counsel in Legal 500 (Tier 1 - Chancery, Tax and Probate) and was recently named a "rising star" in the same publication. Oliver is an experienced Trial advocate in respect of other types of Probate Disputes litigated in the Chancery Division (specific examples being the reported and unreported cases in both the High Court and Court of Appeal set out below).

Oliver predominantly practices in London, as well as the Midlands (particularly from our Birmingham Centre) insofar as his Probate/Islamic Finance practice is concerned, and has appeared in the Business and Property Courts in Bristol, Birmingham and Manchester. Oliver is therefore also used to appearing in the Chancery Division in District Registries other than London.

Oliver also undertakes a wide variety of commercial chancery work, including commercial disputes where there is a strong emphasis on equitable relief/breach of trust.

Oliver undertook a course in Shari'a Law at the University of Edinburgh, and is increasingly instructed on matters concerning Islamic finance (particularly as it pertains to Inheritance), and can represent claimants and defendants at the Muslim Arbitration Tribunal and at Court on a wide variety of matters related to Shari'a Law.

Oliver is an affiliate of the Society of Trusts and Estates Practitioners and can advise on non-contentious probate matters, including in relation to estate planning.

This case found for the first time that a Court could order an estate to pay for a CFA uplift as part of an award under the Inheritance Act 1975. Further, an award was made by video link in circumstances where the defendant (who was unrepresented) a profoundly deaf and disabled 87 year old woman who could not hear or see what was going on. The defendant had been debarred from defending the claim.

Since this decision was handed down, it has become commonplace for claimants to now claim entitlement to be paid a CFA uplift in most 1975 Act claims that come before the chancery or family division of the High Court. Oliver was instructed to appeal the decision to the Court of Appeal. The Court of Appeal found that CFA uplifts were recoverable from an estate.

Oliver acted for the successful application for an injunction restraining interference with the proprietary rights of the claimant.

Oliver represented the defendant pre-trial (including settling the pleadings) in relation to the allegation that a website domain name (blackjack.com) was held on trust by the defendant. The case confirmed for the first time that a domain name is intangible property which can be subject to equitable interests/held on trust.

Oliver successfully defeated an application for summary judgment in circumstances where the claimant sought to persuade the court that a clause of a contract was unreasonable pursuant to the Unfair Contract Terms Act 1977. The court held that it was generally inappropriate to summarily determine reasonableness before liability had been established, because the court would necessarily need to know what liability was sought to be excluded under the term.

Oliver is instructed in the appeal of this decision to the Court of Appeal on behalf of the appellant/beneficiary. The Court of Appeal will consider whether the High Court erred in law when awarding the claimant her CFA uplift.

Oliver successfully represented the claimant in obtaining an injunction restraining the holding of a meeting/placement of the company into members voluntary liquidation (MVL). The case set out the principles to be applied when one seeks to injunct a company's members from placing the company into MVL.

This case concerned the extent to which summary judgment should be available in cases involving dishonest assistance/knowing receipt when breach of trust is alleged.

Oliver successfully represented the defendant in the trial of a will claim involving undue influence, the illegality defence and constrictive trusts.

Oliver successfully represented the defendant trustees in a claim based in acquiescence estoppel.

Oliver acted for the defendant in a fraudulent trading/breach of trust claim.

Oliver acted for the claimant in a claim for breach of confidence (and application for injunction) against solicitors who intended to use e-mails allegedly stolen from the claimant in a trial of a separate action commencing in the Chancery Division.

Oliver is acting for the Defendants to a Claim brought under the 1975 Act by an alleged co-habitant (against a £1,000,000 Estate)who also alleges that she was islamically married to the Deceased. The case (when brought to trial) will deal with several issues regarding the meaning of "living with" the deceased, including revisiting the principles in the key case of Kaur v Dhaliwal [2014] (with which Oliver was also later involved). It is also alleged that a secret trust arose from the dealings of the Deceased as a result of his alleged desire that his Estate be administered in accordance with Shariah Law. As stated below, Oliver has a specific interest in Shariah inheritance, and the eventual judgment may inform how religious obligations can (or can not) be taken into account as a factor under section 3(g) of the Act. Oliver will be representing the Defendants in a five-day trial in the High Court as sole Counsel.

Oliver is acting for the Defendants to a Claim brought against an alleged Islamic Wife of the Deceased who claims to have a void marriage, and is therefore entitled to Claim against the Estate of the Deceased as if she were a spouse. The primary dispute concerns whether the Claimant had a "non-marriage" or whether the Claimant had a "void marriage". Again, this case forms part of Oliver's general Islamic Finance caseload given his specific interest in the overlap between Sharia Law and Probate. Oliver is likely to act as sole Counsel in respect of both a preliminary issue trial regarding eligibility, as well as any substantive trial which come before the High Court should the Claimant be found to have a "void Marriage".

Oliver is acting as sole Counsel instructed by Adamas and Remer LLP for the Claimant minor children in a Claim brought under section 10 of the Inheritance Act 1975 to set aside transfers made by the Deceased to his Father deliberately before death (with a view, it is said, to putting his assets beyond reach of the Claimants). Oliver will represent the Claimants in a preliminary issue trial in respect of the application under section 10, and any Judgment is likely to be of interest given that it will be the first time the power under section 10 of the 1975 Act is specifically considered along-side the remedies provided by the Insolvency Act.

Oliver acted as junior counsel for the claimant in a fraud/dishonest assistance/knowing receipt claim.

Oliver acted for the successful spousal claimant in respect of a claim brought against a £1,400,000 estate (in which the claimant obtained nearly all the assets in the estate).

Oliver represented a defendant beneficiary in a claim brought against a £2,000,000 estate by cohabitant claimants.

Oliver represented the claimant in a will challenge (capacity) brought against a £800,000 Estate.

Oliver acted for the successful spousal claimant in respect of a claim brought against a £750,000 estate.

Oliver acted for the defendant in respect of a claim for breach of contract concerning the supply of CNC machines.

Oliver acted for the adult child claimant in a claim bought out of time under section 4.

Oliver acted for the successful defendant in a claim regarding relief from forfeiture (which also contained allegations that the claim was an abuse of process).

Oliver acted as sole counsel on behalf of the claimant in an adult-child claim under the 1975 Act brought in respect of a £1,700,000 estate.

Oliver represented the successful defendant in a claim concerning prescription/rights of way.

Oliver represented the sole beneficiary of a £1,300,000 estate in his defence of a claim brought by a co-habitant under the 1975 Act.

Oliver represented the successful claimant in a Part 64 claim concerning the construction of a will, as well as a dispute over the propriety of a prospective costs order.

Work as a Junior:

Oliver has regularly worked as junior Counsel being led by a variety of Queen's Counsel. Oliver was recently led by Brie Stephens-Hoare QC in Hirachand (Court of Appeal) and in a dispute in the Chancery Division regarding a Claim worth £7,000,000 brought by one Estate against another Estate.

Oliver is also currently being led by Geoffrey Cox QC in a high value property matter.