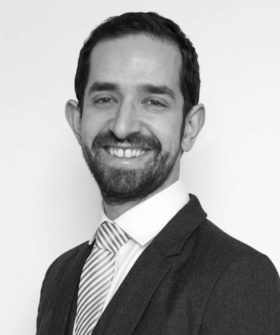 Mark Green has over 14 years’ experience as an employment law specialist. His busy practice has covered a wide range of cases, representing both Claimant and Respondent, at the Employment Tribunal, Employment Appeal Tribunal and Court of Appeal in addition to the High Court and County Court. He has been recently ranked in the Legal 500 2021 for both the London Bar and on the South Eastern Circuit, with clients praising him as a ‘skilled and highly competent barrister’, noting his 'quiet and unassuming confidence' that makes lay clients ‘feel at ease as soon as they meet him’ and his 'excellent, pragmatic advice’.

He is also regularly instructed to draft pleadings, advise on prospects and witness statements and deal with mediation proceedings.

Mark also has a media presence, following the high profile age discrimination case of Jolly v Royal Berkshire NHS Foundation Trust 3324869/2017, and several appearances on television, radio and in national newspapers, including discussing the case on the This Morning sofa. Click here to watch the interview.

Mark also advises on and acts in restrictive covenant matters and directors’ disqualification hearings, in addition to conducting internal appeals from disciplinary procedures.

He has appeared for a number of Italian clients, and is happy to deal with documentation and conduct conferences in both French and Italian.

As a member of the Attorney General’s B panel of barristers, Mark appears frequently for numerous Government departments on both standard employment matters and those with an element of national security, an area in which has developed a niche practice, and has written on. He is also appointed to the barrister panel of ELAAS (the Employment Lawyers Appeals Advice Scheme), providing pro bono advice and representation for EAT hearings.

Mark has also been invited to provide training on discrimination law on behalf of the Employment Lawyers’ Association, along with Kiran Daurka of Leigh Day.

Out of tribunal, Mark has developed a reputation as an advocate with an excellent 'bedside manner', taking the time to listen to his clients carefully and explain matters clearly and concisely.

Bath Hill Court (Bournemouth) Management Company Ltd v Coletta [2019] EWCA Civ 1707: This long-running case involved three appeals to the EAT which Mark dealt with as sole counsel, and a fourth to the Court of Appeal, in which he was led by Tim Brennan QC.  The Court of Appeal confirmed that there is no backstop on claims for unlawful deductions from wages in the Employment Tribunal. The six year limitation period under the Limitation Act 1980 did not apply to such claims. This meant that because Mr Coletta had entered his claim before July 2015, when the statutory backstop of two years was introduced under the 2014 Deductions from Wages (Limitation) Regulations, he could claim 15 years of arrears for a failure to pay the full national minimum wage.

Omar Kalif v Evolve Hospitality Limited UKEAT/0313/19/LA: the Claimant appealed on the basis that the ET had failed to consider the full extent of a PCP (regarding the handling of pork) in a claim for indirect religious discrimination. Mark, for the Respondent, successfully argued that even if there had been an error of law (which the EAT agreed was not made out), the outcome would not have been any different, as there was no requirement for him, as a matter of fact, to handle pork products. Jafri v Lincoln College [2014] IRLR 544 applied.

Humankind Charity (formerly Blenheim CDP) v Gittens UKEAT/0086/18/BA: Mark Green successfully represented the Appellant, Humankind Charity. Ms Gittens was dismissed for misconduct, following an allegation of dishonesty. The Employment Tribunal found that the Respondent had fairly dismissed her but went on to find that she had been wrongfully dismissed, as she had no duty to disclose her own misconduct and therefore had not fundamentally breached her own contract. The Tribunal agreed with Mark that the case of Ranson –v- Customer Systems Plc [2012] EWCA 841 had been misapplied.

Mark appeared in two EAT cases which were assessed to have little reasonable prospect of success and so were filtered to a 3(10) preliminary hearing. In both cases, he persuaded the President of the EAT to allow the matters through to final hearings, and went on to succeed in both.

In Brighton v Tesco UKEAT/0165/15/DM, the Respondent had dismissed the Claimant because of aggression he alleged was due to an epileptic fit. The Respondent did not believe him. Mark argued successfully that it was both perverse and non-Meek compliant for Tesco to disregard the medical evidence in the way it did, even if it was because it did not find the Claimant a credible historian.  The EAT found that whilst Tribunals are not bound by medical evidence, they should give proper respect to it and provide sufficient reasons for disregarding it.

In Ndebele v Kasterlee UKEAT/0307/15/DM the Senior President of Tribunals accepted Mark’s argument that the Tribunal was wrong to hold that the Claimant could not claim loss of earnings because she had not put herself forward for work (on a zero hours contract). The Tribunal should have looked further at the reason why she had not put herself forward. In her case, the reason was because of disability discrimination she had already suffered.

In Anwar v Tower Hamlets UKEAT/0091/10, an appeal under the DDA 1995, Mark successfully argued that when considering whether or not an impairment was likely to last 12 months and therefore be 'long term', the Tribunal must have regard to the likely effect of treatment on that impairment. The Tribunal went on to name several factors that should be taken into account, confirming the law in this area for the first time.