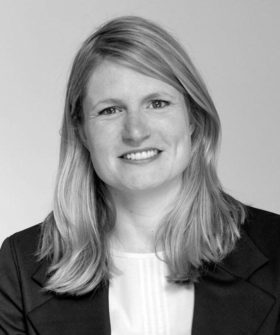 She has been most recently ranked as a Tier 1 Leading Junior in the South Eastern Circuit Employment ‘She is a superstar: a lawyer of the strongest calibre and an excellent advocate with strong cross-examination and client care skills’ and praised for being ‘personable with all clients’ and being able to ‘put witnesses at ease while keeping them focussed on their evidence‘. As a Leading Junior at the London Employment Bar, she is recognised as ‘Superb at processing complex matters and cutting through to the core legal and commercial issues in play, her technical knowledge is extensive and impressive’ (Legal 500 2021).

She has been recognised in this year’s Chambers and Partners UK 2021 as a “Widely acclaimed barrister with a tremendous depth of experience handling an array of employment matters including discrimination and whistle-blowing claims… "She's absolutely fantastic with clients and also just gets the legal issues instantly. She is my go-to barrister for everything because she can turn her hand to anything – she's absolutely incredible." "She routinely impresses me with opinions and her advocacy. She is very quick at cutting through the complex factual background to get to a clear legal view.”

Her areas of specialist knowledge include all forms of unfair and wrongful dismissal as well as discrimination and harassment relating to all protected characteristics, victimisation, unlawful detriment and whistleblowing claims.  She has particular interest in disability, race and sex discrimination, and regularly advises on TUPE, breach of contract, pensions, working time, stress at work claims, unlawful deductions from wages, equal pay claims, post-employment restrictions and injunctive relief. She regularly appears in the Employment Appeal Tribunal, and has represented clients in Court of Appeal on employment-related matters.

She has been instructed to draft a wide variety of employment pleadings and frequently advises parties pre- and post-action in industrial relations matters generally and tribunal and/or county court and/or High Court litigation.

Karen undertakes work via Direct Access for lay clients, on Conditional Fee and Damages Based Agreements and on a pro bono basis in appropriate cases. Additionally she has represented parties in judicial and other mediations regarding employment and wider commercial disputes.

She gives lectures, seminars and produces training material on the development of employment law to solicitors, human resources and other professionals.

Karen is known as having a down-to-earth and practical approach with clients, combined with being a knowledgeable, skilful and tenacious advocate.

Karen Moss is qualified to accept instructions directly from members of the public and professional clients under the Direct Access (or Public Access) scheme.