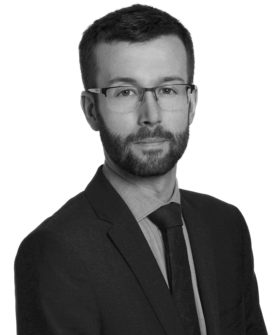 Joseph's knowledge of Business and Commercial Law complements his Employment practice and he is often instructed in cases involving an overlap between the two, such as matters involving Director disputes, TUPE transfers or civil claims for matters arising out of employment. Examples include:

Strengthening his experience in Company Law, Joseph has extensive knowledge of Insolvency Law, having appeared in a wide range of hearings in both the High Court and County Court, including:

Joseph’s solid grasp of contract and tort law has meant that he frequently appears in commercial trials, covering the full range from small to multi-track, at appellate level and first instance and in consumer contracts and between businesses. Joseph has a particular strength in cases of professional negligence. Examples include:

Joseph England is qualified to accept instructions directly from members of the public and professional clients under the Direct Public Access scheme.