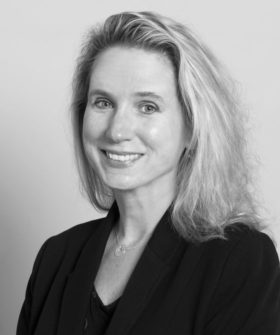 Many of her public law proceedings include an international dimension.  She also routinely advises local authorities on their duties to unaccompanied asylum seeking and refugee children.

Jennifer is often instructed in private family matters, some of which have included honour based violence and modern slavery. She has regular instructions in matters of international family law, including applications to remove children permanently from the jurisdiction, internal relocation, and child abduction proceedings in the High Court.

Jennifer practices in the Court of Protection.  She represents local authorities in cases relating to capacity, deprivation of liberty, and welfare (including residence and contact).  A member of the Court of Protection ad hoc rules committee, she is well-versed in the details of the Court’s rules and how they are being developed and has provided training on changes to the rules to local authorities and other solicitors.

She also advises local authorities on the question of ordinary residence for the purpose of assigning responsibility for the care of vulnerable adults and has published on this topic.

Jennifer is a family mediator (Resolution).

This case clarifies the test to be used when applying for leave to discharge a Special Guardianship Order. There are two stages to this test. First, there must be a significant change of circumstances. If this test is met, then the the court must evaluate the prospects of success  of the application in the context of the effect on the child’s welfare of the application being heard or not heard. However the child’s welfare is not the paramount consideration. The degree of any change in circumstances is likely to linked to prospects of success. The greater the prospects of success, the more likely it is that leave will be granted.