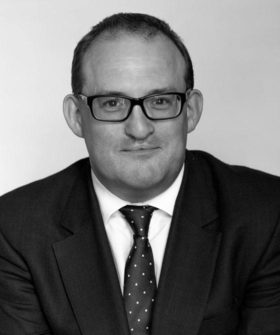 As experienced counsel he seeks to match a robustly commercial approach with the rigorous demands of document-heavy commercial and construction disputes.

James' guide to the JCT’s 2005 Standard Form Construction Contracts was published by the RICS.

He led the team that advised the Treasury’s Office for Government Commerce on how JCT 2005, NEC3 and PPC 2000 standard form contracts measured against the Government’s Achieving Excellence in Construction Agenda.

James’ experience as company secretary of one of the UK’s foremost renewable energy businesses gave him experience of working for an innovative, entrepreneurial company that operated in a highly regulated market. He has worked on construction projects in the Netherlands, Denmark, Malta, and the USA as well as numerous high profile UK projects.

James has practical experience of managing contentious matters through adjudication and mediation and advising upon the conduct of regulated procurement. He still advises on non-contentious/drafting matters.

James is an accredited mediator.

James is regularly instructed by a number of utility (gas and electricity) companies in their actions involving commercial customers (unpaid debts) particularly including instances where injunctive relief is sought by debtors at short notice.

Prior to practising at the Bar, James gained practical first-hand experience as an in-house lawyer and company secretary of one of the UK’s foremost renewable energy businesses (the Fibrowatt Group) which at the time operated three power stations and was developing several projects in the EU and USA.

He subsequently worked for two leading project management and engineering consultancies (Cyril Sweett and Arup). During his time in-house he:

Building on that experience, his recent instructions as counsel include:

James Davison is qualified to accept instructions directly from members of the public and professional clients under the Direct Public Access scheme.