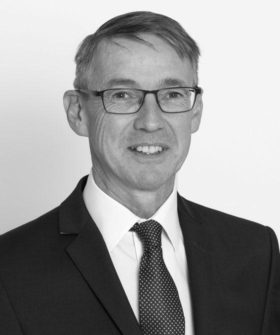 Gavin Hamilton brings his many years of experience of practice as a barrister and a sharp and critical focus to the analysis of legal problems within his areas of specialisation.

For his instructing solicitors, Gavin aims to provide an efficient and responsive service and to turn around work speedily, where circumstances require it and he has the capacity to commit to doing so.

For the lay client, Gavin always tries to see the client’s perspective on their particular problem, to explain legal issues clearly and to give realistic advice as to how best to resolve matters.

He also accepts instructions on a direct access basis.

Gavin principally practises from London, but he is always willing to travel to our five other centres or to clients for conferences. He undertakes work in any part of the country.

Gavin was head of the Property and Estates Group in chambers for several years and he now heads the Commercial Group.

Gavin's practice covers a wide area of civil litigation. He specialises in the following areas:

He is an experienced adviser and trial advocate.

Gavin is an Accredited Mediation Advocate.

Gavin Hamilton is qualified to accept instructions directly from members of the public and professional clients under the Direct Public Access scheme.