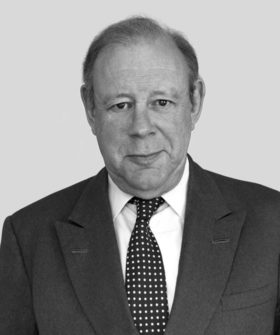 David is now a full time legal assessor/adviser, utilising the skills honed by previously practising at the Bar in these areas.

He presently acts for the following

Acted as a Legal Assessor since May 2002, and was formally appointed in October 2002. Formerly acted as Legal Assessor for the Professional Conduct Committee, the Committee on Professional Performance and the Interim Orders Committee. After the change in the legislation, acted as the Legal Assessor for the Fitness to Practise Panels (now Tribunals) with regard to conduct, health, registration and performance, and has also acted for the Interim Orders Panel/Tribunal regularly and the Investigation Committee on a number of occasions.

P (2002)
A case of conduct in which Queen’s Counsel appeared for both the GMC and the doctor and which involved complex issues of law and fact including matters concerning the sterilisation of young women with disabilities.

W (2003/4)
A performance case which lasted for 41 days where the doctor was unrepresented but was receiving outside legal advice and in which he raised countless matters of law, in particular, concerning the European Convention on Human Rights.

P (2005)
A high-profile case involving Queen’s Counsel on both sides where complex issues of law were argued and, during the hearing, counsel for the doctor sought and obtained a stay of the proceedings to seek judicial review of the decisions of the Panel. During the application for judicial review, the Learned Judge approved the advice that David had given to the Panel which it had, for good reasons, decided to reject; there was, in fact, in the end, no judicial review hearing and the matter did not proceed.

C (2006)
A high-profile case concerning matters involving the doctor’s fertility clinic, involving Queen’s Counsel on both sides in which a submission was made and upheld at the conclusion of the Council’s case that there was “no case to answer”.

R (2008/09)
Another 40-day performance case where the doctor parted company with two separate barristers instructed to represent her. She was then represented by her adopted son and then she represented herself; the case had a number of complex evidential and procedural issues to resolve.

S (2010)
Involved an unusual issue where the application by the defence was that the hearing be stayed on health grounds. Depending upon the decision of the Panel, there was also the possibility of an application for voluntary erasure. There was no precedent as to how such issues should be decided or the order in which they should be resolved. The advice David gave and the determinations in this case were used as precedents in the subsequent case involving the doctor in the “Baby P” case.

Acted as a Legal Adviser (Assessor) since January 2004.  David has acted for the Health Committee, the Professional Conduct Committee and the Interim Orders Committee.

David has acted in a number of relatively complex cases including

B (2008)
This was a case where the dentist and his counsel parted company. Unfortunately, the case had had to be adjourned for two months whilst the dentist was still giving evidence, and it was upon the hearing reconvening that this occurred. There were therefore a number of procedural and evidential issues that had to be resolved to allow the dentist to be released from his oath and to obtain alternative representation. When the case restarted with a new barrister representing him a number of the GDC witnesses had to be recalled to be further cross-examined before the dentist gave further evidence.

I (2010)
Another case where the dentist and his counsel parted company. In this case there were further complications because of an interim order imposed by the Committee itself, which prevented the dentist from working for a period which meant that he was unable to fund alternative counsel. In the end, this problem was resolved and the case restarted with his being represented and with most of the GDC’s witness being recalled. There were a number of evidential problems, in particular with regard to the large number of expert witnesses called, as to their standing and their evidence. This required a very detailed advice from David on the question of expert witnesses.

In both the case of the GMC/MPTS and the GDC, the names of the cases can be provided.

Acted as a Legal Assessor between 2004 and 2015 for the Investigation Committee and the Professional Conduct Committee.

Legal Assessor since 2006 and has acted for the Professional Conduct Committee.

Legal Assessor since 2007 and has acted for the Fitness to Practise Committee.

Appointed as a Legal Assessor in 2007. David has acted for the Conduct and Competence Committee, the Health Committee and the Investigation Committee when considering Interim Orders.

Legal Assessor for the Disciplinary Tribunal since 2009.

Legal Assessor for the Investigating Committee and the Disciplinary Committee since 2013.

David has also held the positions of: