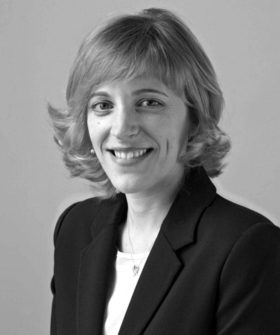 A highly-experienced barrister: dedicated and incisive with an excellent ‘bedside manner’

Caroline Stone’s practice focuses on public law with a particular expertise in national security litigation and a developing practice in education law. She also has significant experience of employment cases.

Caroline is an accomplished advocate and acts on behalf of a diverse range of clients, including individuals, companies and a variety of public authorities. She is frequently instructed in complex matters raising issues of public importance, including human rights challenges, and has appeared before the Court of Appeal and High Court, in addition to various specialist Tribunals and the County Court. She was appointed to the Attorney General’s B Panel of Junior Counsel to the Crown in 2016, having previously been a member of the C Panel.

Caroline is a founding and Assistant Editor of and contributor to the forthcoming practitioner’s textbook National Security: Law, Practice and Procedure (Oxford University Press, early 2021).

Caroline’s meticulous attention to detail, tenacity, pragmatic advice and personable approach are among her key strengths. These skills are of particular value in the protracted, multi-party (claimant and/or defendant) cases in which she is often instructed, especially those involving substantial documentation.

Complementing her domestic practice in public law and human rights, Caroline also has extensive experience of international law and foreign jurisdictions. Whilst working at the War Crimes Chamber of the State Court of Bosnia and Herzegovina (Sarajevo) prior to joining 3PB, Caroline’s caseload included Bosnia’s first genocide trial relating to a massacre at Srebrenica. In 2012, she was a Judicial Assistant to the Appeals Chamber of the Special Court for Sierra Leone (based in The Hague), dealing with appeals arising from the conviction of Charles Taylor, former President of Liberia.  In late 2011, as a Pegasus Scholar, Caroline undertook a 2-month secondment at the Legal Resources Centre, Cape Town, one of South Africa’s pre-eminent public-interest law clinics.

In 2009, Caroline was nominated for a Bar Pro Bono Award for her involvement in R (Compton) v Wiltshire Primary Care Trust [2008] EWCA Civ 749, 1 WLR 1436 (a leading Court of Appeal authority on protective costs orders, the predecessor to cost-capping orders), for which she and her co-Counsel received a special commendation from the judging panel.

In her downtime, Caroline has a passion for singing and photography.