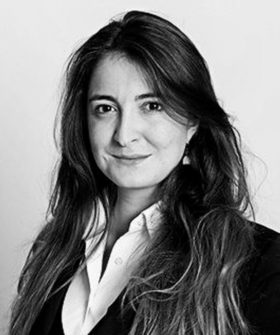 Alice has an exceptional education practice. She is passionate about Education Law and children’s rights. Prior to commencing pupillage, Alice was the Chief Director of The School Exclusion Project for four years. This is an award-winning pro-bono unit dedicated to representing parents of permanently excluded school children.

Alice also acts for Ofsted in the Care Standards Tribunal, and is currently acting for Ofsted as Junior Counsel on the Independent Inquiry into Child Sex Abuse (IICSA). For full details of the work that Alice is currently dealing with please see her Public Law profile.

She has specialisms within the Education arena and has dealt with a number of matters including claims brought under the Equality Act 2010 for disability, sex, race, pregnancy, sexual orientation and gender reassignment discrimination, harassment and victimization. Alice also regularly appears in appeals in the context of EHC Plans (Sections B F and I) and National Trial cases.

Alice acts for parents, children, young people, schools, Universities, Local Authorities, charities and governmental organisations. She is instructed to act and advise in relation to a broad range of education law matters, including:

Recent education law matters which Alice has been involved in include:

Alice has also helped to create a number of BBC Radio 4 programmes about school exclusions. Whilst Alice was Chief Director of The School Exclusion Project, it featured in the press several times addressing unlawful exclusions – for instance this Guardian article.

She is also a volunteer for the charity Inspiring the Future, which connects young people in state schools and colleges with those from the world of work. She has recently been part of their Inspiring Women campaign, mentoring girls from various schools to raise their aspirations and break down gender stereotypes.

Whilst dealing with a busy practice, Alice also finds time to assist the Centre for Women’s Justice by providing pro bono legal advice to Women that approach the charity in need of assistance in a range of matters.

Alice is happy to provide training in relation to education law. Of late she provided training on school admissions appeals to Local Authorities, a talk on disability discrimination to a children’s charity and ran a seminar on school exclusions for solicitors. Please get in touch with her clerks should this be something you would wish to organise.

Alice de Coverley is qualified to accept instructions directly from members of the public and professional clients under the Direct Public Access scheme.