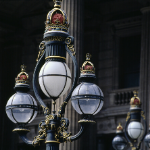 3PB employment and discrimination barristers Daniel BrownDaniel BrownCall: 2012 and Grace NichollsGrace NichollsCall: 2015 sum up the likely implications of the changes to the rules surrounding Employment Tribunals.

Last week the government announced a raft of changes to increase flexibility within the Employment Tribunal system with the objectives of hearing more cases, opening up court space, swifter resolution of claims for employees and employers, deployment of a greater range of judicial expertise and greater use of virtual hearings.

There are eight new rules with four of them coming in to force on 8 October and the remainder on 1 December this year.