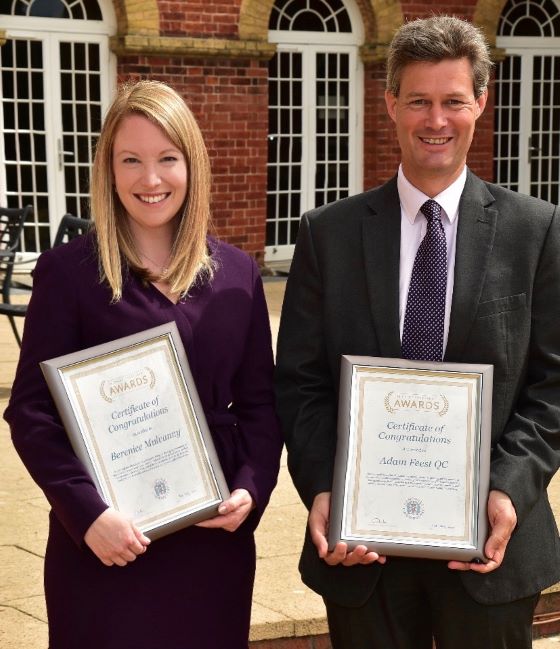 Adam Feest QC and Berenice Mulvanny spent much of 2018 and 2019 prosecuting Bob Higgins. Convictions were secured after an eight week re-trial (after the first jury had been unable to agree verdicts on all but 2 of the 50 counts) which involved the extensive use of pre-recorded evidence, issues relating to hearsay after one of the victims had died before the re-trial and the calling of evidence which had been the subject of an unsuccessful prosecution of the defendant in a 1991 trial.  He was jailed for 24 years and three months.

The successful conclusion of this case led to Adam and Berenice (pictured here) being awarded a Chief Constable’s Award in August 2020 for their “professionalism, dedication, empathy and attention to detail”.

To instruct Adam Feest QC or Berenice Mulvanny on a matter relating to sexual offences or any other criminal matter, please contact their clerk Stuart Pringle on stuart.pringle@3pb.co.uk.