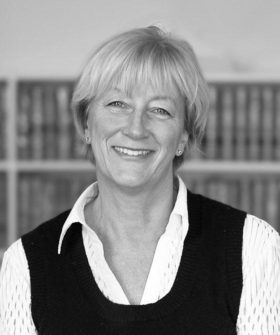 Tonia Clark is a senior barrister in the family law team at 3PB, specialising in both financial and Children Act cases.

Tonia’s considerable expertise in financial claims includes those brought in divorce, under TOLATA and Children Act Schedule 1 financial claims and she acts for husbands, wives and intervenors. Tonia’s academic background was in Business Administration and so she has an ability to soundly grasp aspects of company accounts and the tax implications of proceedings and the potential/suspected dissipation of assets. Her client base tends to typically involve consideration of a property portfolio and often a family business/company and not infrequently assets overseas.

Tonia is also a child law specialist, undertaking both public and private law work. She regularly acts for local authorities and guardians, as well as for parents and grandparents and extended family members. She has undertaken lengthy fact-find hearings involving allegations of NAI and alleged abuse. Tonia regularly acts for some very vulnerable clients in public law proceedings where ground rules may have to be considered in order to ensure a fair hearing. Tonia appears regularly in the County Court, High Court and Family Court.

She has a very approachable and down to earth manner and believes in the art of listening to the client and building a rapport in order to properly advise and represent people's best interests.

Tonia has been sitting as a Deputy District Judge in the Family Court and County Court since 2001, where she is authorised to hear Children’s Act, public law care and Court of Protection cases as well as Financial claims. She has also been appointed to sit in the new Financial Remedies Court on the Western Circuit. This brings her a wealth of experience in advising how the courts are likely to approach issues arising in a case.

Tonia Clark is qualified to accept instructions directly from members of the public and professional clients under the Direct Public Access scheme.