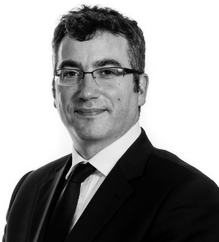 Steven McGarry is a commercial barrister who specialises in banking and finance litigation, company disputes, insolvency and professional negligence cases.

Financial services
Steven McGarry has built up a following in heavyweight banking advice and litigation, across a range of areas, including in particular interest rate hedging work, currency hedge litigation, commercial lending and securities disputes and pension misselling and transfer litigation.

Routinely instructed by financial professionals on regulatory issues, including the Perimeter Guidance Manual and questions of regulated activity.

He is routinely instructed to act for directors and individuals on issues of insolvency and bankruptcy, including cases relating to preferential transfers, transfers at undervalue and fraudulent activity.

Steven is regularly instructed for claimants in cases concerning investment advice and breach of the regulatory framework.

He is recognised in the Legal 500 as an “expert in financial regulation” and is routinely instructed in matters associated with the mis-selling of financial products.

Insolvency/Bankruptcy
Steven is frequently instructed to act for directors and individuals on issues of insolvency and bankruptcy, including cases relating to preferential transfers, transfers at undervalue and fraudulent activity.

Steven McGarry is qualified to accept instructions directly from members of the public and professional clients under the Direct Public Access scheme.