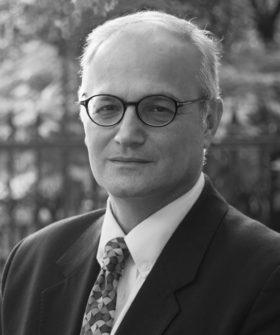 David Berkley QC has been advising and representing clients in business disputes for more than 30 years and enjoys a substantial practice in London and across the UK. David has a busy practice assisting in the resolution of complex disputes in the fields of commercial litigation, banking disputes, and employment.

David became 3PB’s Head of Chambers in 2019 and is a senior member of 3PB’s Commercial and Chancery Groups. David is a qualified mediator (College of Law accredited) and is willing to act as arbitrator in commercial disputes. He is also a popular choice for direct access instructions.

He adopts a practical approach working closely with clients and their solicitors, and business clients direct.

Outside the office, David was a founder, and remains a member, of the Executive Council of the Muslim Jewish Forum of Greater Manchester. He has an interest in academic and vocational training including a long association with Nottingham Law School and the National Institute for Trial Advocacy and was formerly an Honorary Teaching Fellow at Manchester Law School. He is currently acting as consulting editor for Halsbury’s Law.

David Berkley QC is qualified to accept instructions directly from members of the public and professional clients under the Direct Access (or Public Access) scheme.