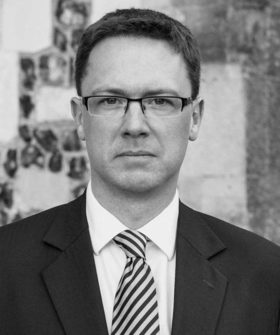 Robert has long experience in energy-related debt recovery matters. He appears in the County Court for trials as well as interlocutory matters such as summary judgment applications, as appropriate. He is familiar with the system-related and documentary problems that arise when representing a large company, particularly when dealing with litigants in person.

Robert has particular knowledge of arguing the “deemed contract” provisions for electricity and gas in front of Courts who are not familiar with the concept, and has dealt with trials arising out of debts owed  in relation to individual premises, as well as commercial, be they takeaways, restaurants, factories, hotels, shops or in a landlord & tenant context.

Robert also has an interest in matters arising out rights of entry (under the Rights of Entry (Gas and Electricity Boards) Act 1954) in the Magistrates’ Court and has provided in-house training in that respect to energy company officers.

Robert has long experience of prosecuting and defending Trading Standards matters.
His most significant case was Oxfordshire Trading Standards v Bateman & Merriman, a five week, three-handed case in 2011. Robert defended the lead Defendant against leading Counsel. This was a factually complex case involving allegations of systematic fraud and breaches of CPUTR against elderly, infirm and vulnerable people with significant  financial loss, and issues of expert evidence arising out of technical aspects of building work undertaken.
Building on this experience, Robert’s predominant interest is now in prosecuting for local authorities, be this for Trading Standards departments at County Council level, or similar agencies at District Council level. Robert is currently involved in a major prosecution arising out of extensive investigations on behalf of a local authority that is likely to come to trial within the next year.
He has significant experience of the sometimes complicated issues arising under the Consumer Protection from Unfair Trading Regulations 2008, including aggressive and unfair practices, how the same interact with fraud in some cases, as well as the disclosure and tactical issues arising out of long and detailed investigations.
Robert further has experience of and accepts instructions to prosecute under the Environmental Protection Act 1990; fly-tipping being the most prevalent concern in the Oxfordshire area.

Licensing
Robert is an experienced advocate in licensing hearings, for both traditional licensed premises and ad hoc applications, both at committee stage and appeal, in a practice area that is a compliment to his specialised Trading Standards prosecution work.
His licensing practice is largely local to Oxfordshire, but Robert will undertake appropriate cases elsewhere.

Appearing for applicant in an appeal against refusal to extend licensing hours on the Cowley Road in Oxford;
appearing for the applicant in a first instance application to extend licensing hours for premises in Woodstock;
appearing for the Respondent in an appeal against revocation of an alcohol sales license for a corner shop on the south coast.
Robert is particularly experienced in dealing with the detailed and thorny issues arising out of local  authority policy, such as saturation areas.