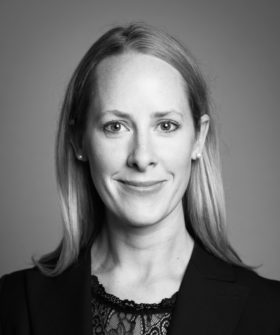 Nathalie Bull joined 3PB in February 2019 and is a barrister who practices exclusively in family law.

Nathalie is ranked as a leading junior by The Legal 500 in both of her areas of practice, namely child law and finance. Nathalie is instructed by solicitors across the UK and internationally. Nathalie prides herself on the consistently positive feedback that she receives from both her lay clients and instructing solicitors.

Before joining 3PB Nathalie practiced as a barrister for 12 years at another Midlands based chambers. Prior to that, she worked in a large Solicitors firm as an Advocate. She is regularly instructed in private children proceedings, care proceedings, matrimonial finance and contested divorce/annulment proceedings. Nathalie has acted for parents, grandparents, children and local authorities.

Regardless of whether the case is child or finance related, Nathalie steers each case in a progressive manner with a view to concluding the proceedings efficiently at the earliest stage. She prides herself on her high record of agreed settlements between the parties in her cases.

Nathalie is an accomplished negotiator and advocate and she communicates effectively with her opponents and the judiciary to achieve the desired result. Nathalie has an eye for detail, she thoroughly prepares her cases and she strives to achieve the best possible result for her clients.

In her spare time Nathalie enjoys keeping fit by running and horse riding. She loves travelling and spending time with her family.

Nathalie Bull is qualified to accept instructions directly from members of the public and professional clients under the Direct Public Access scheme.