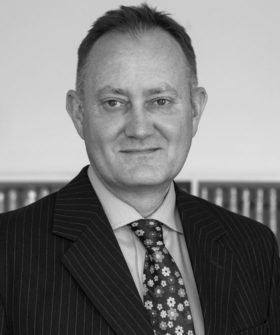 Colin is recognised as a senior junior in employment, equality and related claims. He has considerable experience at all stages of litigation from pre-action advice and guidance right through to representation at the final hearing in the Tribunal, Employment Appeal Tribunal and High Court.

He is consistently ranked in the Legal 500 for his determination, success and ability to get to the heart of the matter. He works for employers and employees in claims such as restrictive covenants, all types of discrimination, unfair dismissal, PIDA, TUPE and breach of contract.

Colin is equally well regarded in his complementary practice in personal injury, clinical negligence and professional negligence. He worked in the pharmaceutical industry before training as a barrister, which gives him commercial insight. He is very strong on Schedules of Loss and Counterschedules.

Discrimination
Colin McDevitt is highly experienced with discrimination claims. He was part of the 3PB team which lectured extensively on the Equality Act 2010 shortly before its introduction.

Disability Discrimination
Colin has great experience with disability claims. His personal injury expertise instils great confidence when medical issues arise. Examples of the disabilities litigated are cancer, MS, overweight, the effects of stroke, diabetes, depression, PTSD, dyslexia, dyscalculia and narcolepsy.
All causes of action have also been advised upon and litigated, for example direct discrimination (s.13), indirect discrimination (s.19) failure to make reasonable adjustments (ss. 20 and 21) and discrimination arising from disability (s.15). Colin McDevitt has advised on whether or not to concede disability, knowledge of disability and the effects of disability. He has defended a County Court claim on behalf of a hotel in a compliant regarding disabled access.

TUPE
Colin has significant experience of TUPE claims, examples of which are below.

Restrictive covenants
A common component of this type of claim is the confidentiality to which both parties attach great importance and which they seek to maintain. For this reason, case names are not stated in this section of the web page. However, in general terms, Colin has advised and represented clients (employers and employees) in the County Court and High Court and provided advice to companies and employees on the effect and enforceability of restraint clauses, e.g. geographical restriction, non-solicitation, non-compete and so on. A great number of clients obtain Colin’s advice and representation through the Direct Access (Public Access) route.