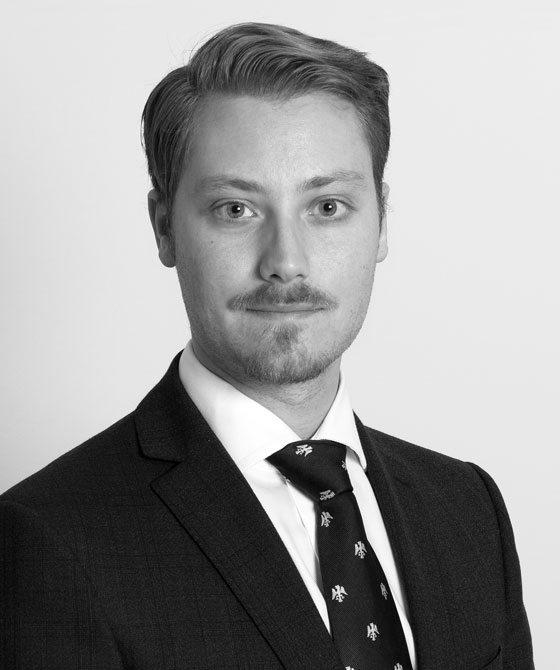 3PB's construction and engineering barrister Nick KaplanNick KaplanCall: 2013, pictured here and instructed on a direct access basis through Harris Consulting International, acted for Kent-based plumbers Bexheat in the Technology and Construction Court (TCC) at the Royal Courts of Justice in London in the case of Bexheat Ltd v Essex Services Group Ltd 2022 WL 01158724 (2022), with judgement handed down by Mrs Justice O’Farrell DBE.

The case was brought by Nick's client Bexheat ("BHL") for summary judgment to enforce the adjudication decision in November 2021 which had directed the defendant, Essex Services Group (“ESG”) to pay to BHL £706,029.62 plus interest and the adjudicator's fees.  ESG resisted enforcement on multiple grounds namely that the true value of the application payment had already been determined in an earlier adjudication; that ESG had a contractual entitlement to set off or make deductions against the adjudicator's award in respect of other amounts due from BHL; and ESG were denied its contractual right to elect to have the true value of the application payment in dispute determined at the same time by the same adjudicator as the notified sum dispute and that the adjudicator had no jurisdiction to award compensation pursuant to the Late Payment of Commercial Debts (Interest) Act 1998 and that part of the award should not be enforced.  ESG also sought, alternatively, a stay of enforcement on the grounds that there is a real risk that any subsequent determination requiring return of any part of the judgment sum would go unsatisfied by reason of BHL’s financial position and/or BHL has organised its financial affairs with the purpose of dissipating or disposing of the judgment sum.

The court held that the second adjudicator’s decision was valid and enforceable. It related to a different and later payment cycle than the earlier application in respect of which a ‘true value’ adjudication had already taken place. As such, the earlier decision on ‘true value’ did not prevent BHL from bringing a technical adjudication in relation to the subsequent payment cycle. In any event, ESG’s position was tantamount to a submission that the Adjudicator lacked jurisdiction. However, as it had not challenged the Adjudicator’s jurisdiction on the point or reserved its position, it was no longer open to ESG to take such jurisdictional points on enforcement. The court rejected ESG’s suggestion that it was entitled to set-off against the Adjudicator’s decision, to the extent that the express term purportedly allowing ESG to do so had that effect it was inconsistent with the Construction Act  and should be struck down.

On ESG’s application for a stay of execution, the court held that BHL was not at risk of insolvency and there was no evidence that it intended to dissipate any sums that would be paid pursuant to the decision. The circumstances of the case were not so exceptional as to justify a stay of execution.

The court therefore granted BHL summary judgment in the sum of £724,827.88, plus interest and costs.

3PB's Nick Kaplan stated afterwards: "the Judgment clarifies the state of the law on ‘true value’ and ‘technical’ adjudications, following the decisions in Grove and Davenport v Greer. In particular it sheds further light on: (i) the effect that true value decisions in an earlier payment cycles have on subsequent payment cycles; and (ii) the implications of the requirement (in Grove) to comply with the immediate payment obligation before commencing a true value adjudication."

Subscribers to WestLaw will be able to access the full judgement here.

You can contact Nick Kaplan on nicholas.kaplan@3pb.co.uk. If you would like to instruct him, please contact his clerk Steve Evers or Joe Townsend on stephen.evers@3pb.co.uk or joe.townsend@3pb.co.uk or by calling either of them on 020 7583 8055.