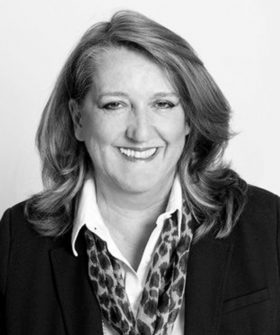 Sarah has over 25 years’ experience at the Bar and practises in all aspects of family law, with particular experience in financial applications arising from marriage and relationship breakdown, public law proceedings, private law applications, and international child law. Sarah is a popular advocate, with a reputation for being thorough, and leaving no stone unturned in advancing her client’s case. She mixes gravitas with good humour.

Financial applications
Sarah represents parties in financial cases involving assets of high value, often involving an international element, as well as the everyday financial disputes arising from marriage and civil partnership, where the assets are more modest. Sarah has a particular interest in cases where assets are held abroad or by a company, where there are issues of serious non-disclosure of assets, and where there are complex family/company arrangements to be unravelled in the context of relationship breakdown.

Private Law
Sarah regularly represents parties in cases involving complex issues of residence and contact. She has a particular interest in resolving cases where there are issues of psychological and emotional abuse, parental alienation, and children with learning disabilities and conditions such as autistic spectrum disorder.

Reported Cases:
Sarah has had many cases reported over her extensive career. Some of the more interesting cases are listed below:

Prest v Prest [2014] EWHC 3430 (Fam) and 3722 (Fam)
The parties, who had four teenage children, separated in 2008 after 15 years of marriage. At the conclusion of the financial remedy proceedings, Moylan J found that the husband was, conservatively, worth £37.5m. The final order, made in November 2011, provided for periodical payments to the wife in relation to the children pending discharge of a lump sum to the Wife in the sum of £17.5 million. The Wife sought to have the husband committed to prison for non-payment.
Sarah represented Mr Prest, an oil trader, at various hearings in the High Court during the period 2013 to 2104. The case raised significant interest in the national press: in the Daily Mail and in a second Daily Mail article as well as in the Solicitors Journals.

Hussein v Ahmad [2014] EWHC 721 (Fam)
Claim for financial remedy by Wife in case were assets were several millions, held in UK and Iraq. Sarah represented the Husband, Mr Ahmad, a property developer, in the High Court.

M and B [2014] EWHC 2686 (Fam)
An application by the mother of a boy, aged about nine, for permission to remove him from England to live long term in Abu Dhabi within the United Arab Emirates. The case was referred to by the judge as “an extraordinarily tragic” case. Sarah represented the successful mother in the High Court.

H (Children) [2014] EWCA Civ 733
Mother’s application to the Court of Appeal for permission to appeal against what she contended was a “pre-emptory” change of interim residence orders in respect of her three sons.

Re JH [2003] EWHC 429 (Fam)
Appeal by parents of a care order made in relation to a young child on the grounds of the right to a fair trial, the right to family life, and the emergence of new evidence.