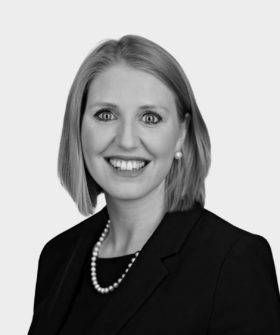 Laura is praised for her tenacious and robust approach in court, whilst outside of court, she has an approachable and reassuring manner with clients and witnesses, with whom she is quick to establish a rapport. Laura gives sensible, realistic advice. She has an ability to manage client’s and witnesses’ expectations, whilst also ensuring that they feel that their views have
been listened to.

Due to Laura’s manner, she is able to reach agreement with her opponents which results in successful resolutions to cases that otherwise may not have been possible.

Laura acts as a junior mentor for pupils within Chambers. She also mentors students who are thinking of pursuing a career in law and at the Bar. She has appeared as a guest speaker at events and she is keen to encourage people from all backgrounds to apply.

Laura is a Level 2 Prosecutor on the CPS Advocate Panel General Crime List.