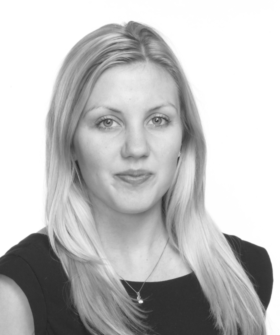 Ellena James joined 3PB in December 2021 from another chambers in the South West and is based at 3PB’s Bournemouth office. She is a civil practitioner but with a particular specialism in personal injury matters, including inquests and clinical negligence, acting for both claimants and defendants. She is regularly instructed in fast track and multi-track RTA and EL/PL claims.

Ellena accepts instructions in a variety of contractual disputes, often being instructed from drafting the pleadings through to trial. She is regularly instructed to act in possession hearings, associated rental arrears and dilapidation claims.

She has a depth of experience and her personable manner with professional and lay clients has enabled her to grow relationships and build on repeat instructions. Ellena is renowned for working to tight deadlines and accepts instructions on a CFA basis.

Prior to coming to the Bar, Ellena worked as a paralegal in a regional law firm and in-house with media and entertainment corporation Sky. She has also worked in the USA for the New York City Council.

Outside of the law, Ellena enjoys music, theatre and all things fitness-related.