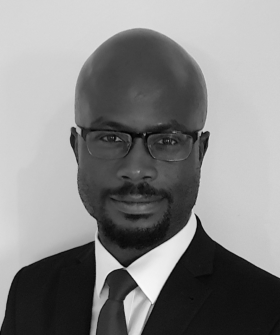 Tagbo Ilozue has amassed considerable experience in Personal Injury, acting for claimants and defendants in small and fast track claims, stage 3 hearings, infant settlements, and related applications. He appears regularly in the county court and maintains a busy paperwork practice, drafting pleadings and advising in relation to liability, quantum, and procedure.

He has been instructed on cases involving:

D v A (2021) Fast Track RTA and credit hire
Represented the defendant insurer and secured the dismissal of a claim (including £38,000 in credit hire fees) by a moped driver who accused the defendant’s insured of turning his car into the path of the claimant’s moped.

S v A (2021) Fast Track RTA
Represented the defendant insurer and successfully defended a claim for personal injuries from the driver and passenger of a car that collided with the rear of a lorry after the lorry changed lanes on a dual carriageway.

R v N (2021) Small Claim RTA
Represented the defendant, who was found likely to have contravened a traffic light but nevertheless held to have no liability for the subsequent accident.

K v B (2021) Advice on an RTA claim
Advised the claimant on liability and expert evidence in relation to an injury sustained after the sudden braking of a bus.

W v B (2021) Small Claim RTA
Represented the defendant driver in relation to an accident resulting from lane changes on a dual carriageway. Claim dismissed and judgment in full for the defendant on the counterclaim.

P v N (2020) Small Claim RTA
Represented the defendant lorry driver in a dispute arising from a collision with a car after the lorry moved off from a parked position. Claim dismissed.

R v W (2021) Advice and drafting on an Occupiers’ liability claim
Advised the claimant and drafted the particulars of claim for proceedings against three defendants arising from an injury sustained after a fall in a shopping centre.

B v A (2020) Small Claim RTA
Represented the defendant in a technical dispute over additional diminution in value of the claimant’s damaged vehicle over and above the cost of repair.

K v U (2020) Stage 3 and infant settlement
Represented the claimant, securing an award of £8,500 for situational anxiety on a background of autism.

G v P (2020) Fast Track RTA
Represented the claimant, who was the driver of a car involved in a collision with a moped. Judgment in full for the claimant.

Tagbo Ilozue is a member of the 3PB Inquests Team. His medical and scientific background gives him a valuable insight into the sensitive issues raised in such proceedings and a particular skill in dealing with complex expert evidence.

He will provide representation for any interested party. Recent cases include:

Re: BW (2021)
Representing the family in a 2-day inquest touching on the death of a patient who passed away shortly after he received an overdose of lorazepam in a drug administration error. Tagbo also advised regarding the quantum of the associated clinical negligence claim, which reached a favourable settlement following the inquest.

Re: TR (2022)
Representing a care-home in the final 2 days of a 4-day inquest (Tagbo stepped in at short notice to cover for a colleague) touching on the death of a resident at the home who sustained a catastrophic head injury in a fall.

Re: FO (2022)
Representing Her Majesty’s Coastguard in a half-day inquest touching on the death of a man who drowned after jumping into the Thames to try to save a woman who was struggling in the water.

Tagbo is also instructed, and has appeared in Pre-Inquest Review Hearings, in the following forthcoming cases:

Re: CG
Representing a company in an anticipated 2-day jury inquest touching on the death of a man who died in the course of his work as a contractor for the company.

Re: II
Representing Her Majesty’s Coastguard in an anticipated 2-week inquest touching on the death of a man whose body was recovered from the water on the Dorset coast.