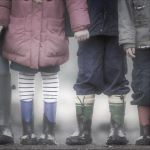 In Re G, the parents (‘M’ and ‘F’) and their 2 young children were Romanian nationals who moved to England to live in March 2018. F returned permanently to Romania in October 2018. M continued to care for the children in England where M was employed as a nurse. There was no dispute that M was the primary carer. Amicable arrangements ensued where the children spent time with F in Romania and England. The parents attempted a trial reconciliation where the children lived with F in Romania for 20 weeks until February 2020. The reconciliation was not successful and the parents agreed that M would collect the children from Romania and return to England to live with M in February 2020. F claimed that before M left for England with the children he revoked his consent to removal. F  issued proceedings under the Hague Convention asserting that  M had abducted the children. The first instance judge found that at the time of the removal the children were habitually resident in Romania but that F had consented to the removal. However,  in exercising discretion under Article 13 the judge ordered the summary return of the children to Romania. M appealed to the Court of Appeal primarily on the ground that the exercise of discretion by the trial judge was wrong. In the appeal, F did not challenge the trial judge’s finding that the purported revocation of consent was not communicated to M until after she and the children were back in England. However, F argued that the withdrawal of consent was nevertheless effective despite the lack of communication to M.

Peter Jackson LJ, giving the lead judgment, found that consent or withdrawal of consent had to have been communicated by the remaining parent to the removing parent by words and/or conduct in order in order to be effective.

M’s appeal was allowed on the basis that the judge had exercised his discretion incorrectly. The judge had not approached the balancing exercise correctly by giving predominant weight to policy considerations whilst giving insufficient weight to the reason why the discretion existed. The judge had not considered  the inherent unfairness of the children being summarily returned when F had consented to the removal. The was an absence of welfare analysis of the negative impact of summary return. The order for summary return to Romania was set aside.

This case highlights the inequality of arms in terms of access to legal representation faced by the innocent removing parent who cannot access non-means and non-merits tested public funding. In contrast, the parent asserting abduction has immediate and unlimited access to non-means and non-merits tested public funding where unmeritorious cases are not ‘weeded out’ until ultimate determination by the court.