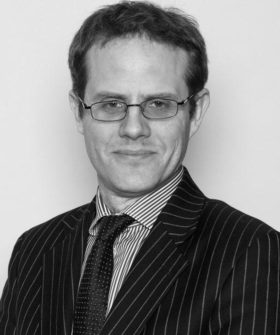 Richard has extensive experience in public and regulatory law. He has been Attorney General Panel Counsel for 8 years and has acted for Government Departments in a range of cases, often engaging both public and private law issues.

Richard has acted in a range of unlawful detention prison and immigration matters engaging Hardial Singh principles and related case law. He has experience in relation to asylum application procedures, trafficking and modern slavery cases, criminal casework, Adults at Risk policy, and issues relating to claims for aggravated and exemplary damages.

Richard has acted in many claims against Government Departments involving allegations of breach of Art 2 (right to life), Art 3 (torture) and Art 8 (private life) of the European Convention on Human Rights.

Richard has acted for several Government Departments defending claims of alleged breach of the Data Protection Act 1998 and DPA 2018, GDPR, LED and related legislation. He has acted in claims involving breach of Art 8 of the Human Rights Act 1998, privacy and breach of confidence.

Richard has acted in several cases on behalf of the Attorney General seeking an order from the High Court restraining vexatious litigants from issuing civil proceedings.

Richard has extensive experience of related litigation in the Coroner’s Court, for example:

Richard Wheeler is qualified to accept instructions directly from members of the public and professional clients under the Direct Access (or Public Access) scheme.