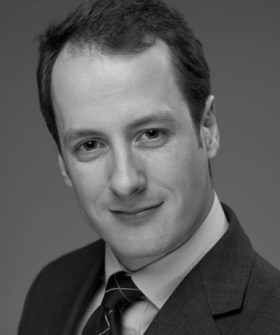 Barrister Jim Hirschmann joined 3PB in August 2021 and practices in family, education and public law (see more details on his expertise in these areas below). He often acts for and against local authorities and has a particular interest in public law challenges that relate to his core practice areas.

Jim is hardworking, thorough and adept at explaining complex law in straightforward terms. This is reflected in comments from solicitors such as "a huge thank you for everything you have done on this case which went far and beyond" and comments from judges about Jim’s advocacy as “helpful” and “extremely clear.”

Outside of busy work demands, Jim enjoys sport with a particular interest in rugby, running and squash. He likes travelling and has an armchair interest in philosophy.

Jim is committed to protecting and respecting your privacy. Please contact him for a copy of his privacy notice which sets out the basis upon which any personal data he may collect about you, or that is provided to him, will be processed. He will provide a copy of this to you within two working days of receiving the request.

Jim Hirschmann is qualified to accept instructions directly from members of the public and professional clients under the Direct Access (or Public Access) scheme.