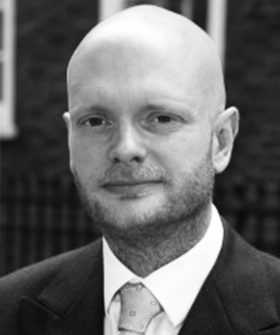 Prior to joining the Bar James was a senior solicitor at Ince & Co, where he undertook defendant PI work in the maritime and aviation sectors. Most of his work arose from maritime and offshore accidents, including catastrophic and fatal accidents occurring on board vessels and offshore installations. He also had an extensive practice dealing with the conflict of laws.

James has contributed to Griggs Williams and Farr on Limitation of Liability for Maritime Accidents.

In addition, James has handled claims for the aviation market, which often involved multiple loss of life. He frequently has had to deal with issues of jurisdiction and conflict of laws.

James also practises general civil law, including contractual disputes, licensing and housing. He has conducted a number of inquests as a result of his personal injury and police law practise. He frequently undertakes credit hire work, and has sat as a mediator on a vast variety of disputes.

James Trumble is qualified to accept instructions directly from members of the public and professional clients under the Direct Access (or Public Access) scheme.