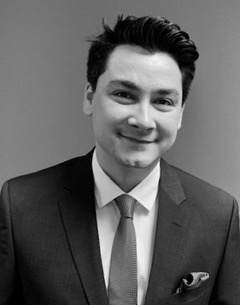 Faizul Azman is an Employment and Commercial Law Barrister.  He operates from our London Chambers.

Faizul has an unconventional background for a barrister.  Prior to joining Chambers Faizul was an Assistant Director leading on the Northern Ireland EU Exit strategy at the Home Office. Faizul is also a veteran having served an operational tour of Iraq with the British Army.

Faizul was a Senior Policy Advisor in the Copyright and Enforcement Directorate at the UK Intellectual Property Office (“UKIPO”).  During his time at the UKIPO, Faizul represented the UK at the Standing Committee on Copyright and Related Rights (“SCCR”) at the World Intellectual Property Organisation (“WIPO”) in Geneva and at the EU working groups to implement the Marrakesh Treaty by way of Directive, Regulation and UK legislation into EU and UK Law.  As a Senior Policy Advisor, Faizul also managed and developed the copyright exceptions policy, responded to copyright enquiries, met stakeholders and drafted briefs to senior government ministers and officials.

Faizul is a busy member of the Attorney General’s ‘Junior Juniors Scheme’ to the Crown in civil matters.  He was instructed to work closely with Ofsted on the Independent Inquiry into Child Sexual Abuse (IICSA) and was involved in four of the Inquiry’s investigations.  Faizul has also advised a public body in updating their policy on gathering information under the Regulation of Investigatory Powers Act 2000 (RIPA).

Faizul’s unique experience puts him in a position to not only advise on the law, but also the reputational risks around the cases he is instructed on.