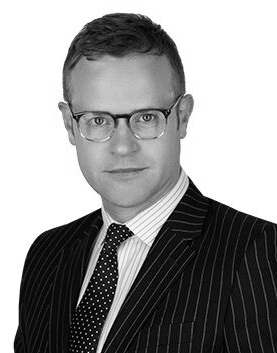 He advises from the outset and helps tactically steer the claim through the entire litigation process including; drafting pleadings and advices on liability and quantum, advising in conference, liaising with liability and medical experts and drafting detailed narrative schedules of loss and position statements for settlement meetings etc. He regularly represents both Claimants and Defendants in trials, appeals, interim applications and costs and case management hearings.

Conor also has particular expertise and interest in motor insurance fraud litigation in road traffic accidents (including fraud-rings, staged, contrived and induced accidents, low velocity impact cases, phantom passenger claims, credit hire fraud, exaggeration of loss etc.) which is complimented by his extensive background as a trial advocate in criminal law, and he is instructed by both Claimants and Defendants.

Throughout his career, Conor has defended RTA claims for many of the major insurers, both on quantum and liability. His quantum experience extends across the full range of personal injury claims and related litigation including catastrophic injuries; industrial disease; chronic pain and psychiatric injuries.

Conor Mullan has significant experience of inquests in Coroner’s Courts and wider Public Inquiries, representing the interests of families of the deceased or those of other interested parties, advising on and acting in subsequent fatal accident claims or other associated proceedings.

Conor was instructed as counsel to the ongoing Grenfell Tower Inquiry during 2020.

Conor also represented the family of Roseanne Irvine over a number of weeks in an inquest into her suicide whilst in custody at HMP Maghaberry in Northern Ireland in 2007. The inquest was monitored by the Northern Ireland Human Rights Commission and was the subject of a report “NIHRC- The prison within” into the imprisonment of women. The inquest jury came to an unprecedented verdict which then formed the backbone of civil proceedings in the High Court on behalf of the family. The inquest was nationally reported and subject to extensive commentary. The Coroner made representations to HM Government recommending the holding of a Public Inquiry arising out of same.

Conor is frequently instructed to act in inquests arising from fatal accidents at work and fatalities relating to road traffic accidents. His most recent jury inquest lasted a number of weeks and concerned a police pursuit of a stolen vehicle, resulting in the fatalities of the young occupants.