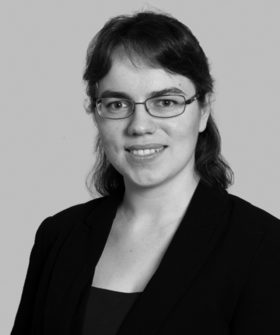 Her experience across these areas complements her growing specialism in TOLATA and cohabitation disputes, and other cases where those areas overlap. In addition, Antonida has a keen interest in probate and Inheritance Act work and will occasionally accept commercial and personal injury work.

Antonida is a native Russian speaker. She is happy to accept work in any of Chambers’ geographical locations and is also fully qualified to represent clients on a public access basis.

Outside of law, Antonida enjoys singing opera on a semi-professional level.

Antonida Kocharova is qualified to accept instructions directly from members of the public and professional clients under the Direct Public Access scheme.