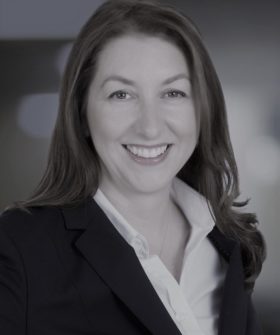 Angela has built up a well-deserved reputation in this area. The Directories refer to her being "calm, detailed and well prepared in court, with excellent negotiation skills" as well as “trustworthy, reliable and quick-witted.”

Some of her cases are:

Anderson v Lothian Health Board [2018]
This clinical negligence claim was finally resolved after many years.  It was a claim against a world-renowned Consultant Orthopeadic Surgeon, involving delay in surgery; negligence during the procedure itself; and failure to adequately review post-surgery.  After a number of years, the treatment to resolve ongoing issues resulted in the client having a stroke.  There were significant issues around negligence; causation and quantum. This was a high value claim, including claims for future wage loss and future care.

Brits v Kilcoyne & Co [2017] CSOH 24; & see [2017] CSIH 47
This was a professional negligence claim against solicitors who had failed to raise an action before the expiry of the triennium. This was a debate at the instance of the pursuer before Lady Stacey. The pursuer argued that the defenders’ pleadings in relation to waiver were irrelevant. The defenders sought an evidential hearing. The defenders’ pleadings did not offer to prove that a statement by the employer's insurer in the early stages of litigation that the employer would not take a plea of time bar amounted to a unilateral promise or a waiver of the employer's right to later take that plea, and its averments relating to waiver were deleted from probation.

McLean v Argyll & Clyde Acute Hospitals NHS Trust [2017]
The account for this clinical negligence claim proceeded to the Auditor of the Court of Session in relation to the fees charged by counsel which was challenged in the Inner House.  Angela was instructed to represent the interests of the Faculty of Advocates who were granted permission to intervene.  This reclaiming motion involved novel and important questions of the role of the Auditor, breaches of natural justice, the balance between the duties of counsel in relation to the cab rank rule, what the Court expects of counsel in respect of the preparation to examine expert witnesses and the recovery of judicial expenses.

Reid v Forth Valley Health Board [2016]
This medical negligence claim proceeded under Chapter 42A procedure and involved a lengthy proof in March 2016. The case was about the death of a husband and father due to the alleged negligence of a nurse and a junior A&E doctor who made repeated unsuccessful attempts to reposition a displaced tracheostomy. As a result, the deceased went into cardiac arrest and died. There were separate claims against the nurse and the doctor in relation to their responsibilities and actions and experts on both sides. The family (the widow and son) claimed for loss of society/loss of support/services etc. and also a secondary victim claim for psychiatric injury (nervous shock) as a result of witnessing the deceased in the immediate aftermath.

Appointments at the Scottish Bar (Faculty of Advocates)

She is frequently called upon to give lectures on Arbitration. (List available on demand). As examples Angela has lectured in the University of Aberdeen and Robert Gordon University, at the Faculty’s Arbitration Conferences and to the Scottish Branch of the Chartered Institute of Arbitrators.