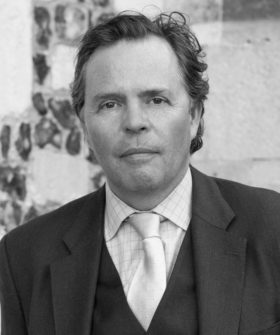 Andrew is instructed by parents, grandparents, guardians and local authorities in the full range of public law cases from care to supervision orders, and from special guardianship to adoption.

The range of cases he is instructed on include allegations of:

He is regularly instructed in cases involving parents with severe learning disabilities and mental health difficulties, including emotionally unstable personality disorder and schizophrenia.

Andrew is instructed by both applicants and respondents, mothers and fathers, as well as grandparents and other interested parties (such as Children’s Guardians and grandparents) in private law children proceedings.

The range of cases he is instructed on include allegations of:

Andrew deals with the full range of private law children applications, from where a child should live and how much time they should spend with each parent, to child abduction and wardship, and from prohibited steps to specific issue orders. He also acts in Schedule I (financial) applications for children.

Andrew acts in the wide range of financial applications arising out of the breakdown of relationships between married and unmarried couples including:

Andrew is instructed by both applicants and respondents in applications for occupation and non-molestation orders under the Family Law Act 1996 and committal proceedings. He also deals with associated financial orders within Family Law Act proceedings.

Andrew brings to his Court of Protection work over twenty years experience of cases involving vulnerable adults with the full range of mental health issues, including those lacking capacity, in the family courts, and ten years representing in-patients in Mental Health Tribunals. This work has been enhanced by his outside interest as a former Vice-Chair of Wandsworth Mind, a mental health charity. He regularly advises and represents clients in cases involving family property disputes.

Re D (A Child) [2014] EWCA Civ 315
The leading authority on removal of parental responsibility from a father.

GW v MW [2015] EWFC 56
The enforceability of a consent order for temporary removal of children from the jurisdiction.

D (rehabilitation to mother after failure to protect from inflicted injuries) [2020] EWFC B54
Contact with a father who had been found to have caused significant harm to the child.

Local Authority v RR & Ors [2021] EWFC B14
Supervision order made against a 15-year old child’s wishes, and the use of directions under Schedule 3 of the Children Act 1989.

Re S and T (Care Proceedings Following Private Law Dispute) [2021] EWFC B54
Protracted private law proceedings for contact, giving rise to public law proceedings due to concerns that parental alienation was causing significant emotional harm. The children were removed into the interim care of the local authority and ultimately placed with the other parent.

Andrew Lorie is qualified to accept instructions directly from members of the public and professional clients under the Direct Public Access scheme.