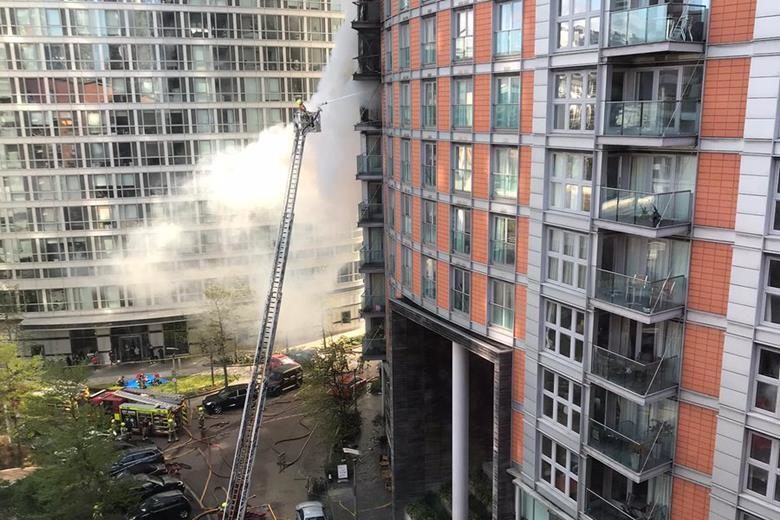 Two of 3PB’s specialist construction barristers have again called for Australia-style legislation for the house and building construction industry after the latest tower block fire at New Providence Wharf in East London. Residents have been fighting to remove the building’s cladding since the 2017 Grenfell Tower fire that killed 72 people. Work to remove the cladding was due to begin last month on the 1,500-apartment tower block which has ACM cladding. Phase 2 of the Grenfell Inquiry is looking at how such a flawed design/construction was ever able to get approval.

3PB’s Construction and engineering barristers Philip BambagiottiPhilip BambagiottiCall: 2018 and Nick KaplanNick KaplanCall: 2013 stated that “this terrible incident reminds us of the urgent need for a re-think of the design and building decisions taken on buildings such as New Providence Wharf and Grenfell.”

Nick Kaplan said “the finding in Grenfell that the use of the cladding was a breach at the time it was specified and used (as opposed to being recognised as a breach after the fact), gives rise to the prospect of claims for breaches of duty (contract, tort, and statute) being brought with respect to non-compliant cladding used in the many hundreds of tower blocks across the UK.“

Joint-UK/Australia-qualified barrister Philip Bambagiotti said : “Many criticise the technicality and limits of the Courts’ approach to economic loss tort for negligence in building work.  The absence of a properly systematic recognition of a satisfactory allocation of risk and responsibility amongst all those involved in high-rise apartment developments is a gap.  In New South Wales, the parliament has passed the Design & Building Practitioners Bill 2019 which introduces a statutory duty of care to provide tort liability for professionals in the building industry. Many say that that statute should really be declaratory, because the kind of behaviour that it addresses was never acceptable. This latest fire in a tower block should again urge Parliament in the UK to consider legislation to a similar effect as that in Australia  – to put the issue beyond question, and to bring a fair marriage between risk control and liability in the complex field of home & building construction."

Philip Bambagiotti is secretary for the UIA (Oceania) and author of its report on cladding and has been heavily involved in the debates and considerations that led to the Design & Building Practitioners Bill. Nick Kaplan has acted on a number of cases involving tall buildings with cladding defects.

To contact either of them, please speak to their clerk Stephen Evers by calling 020 7583 8055 or emailing stephen.evers@3pb.co.uk.