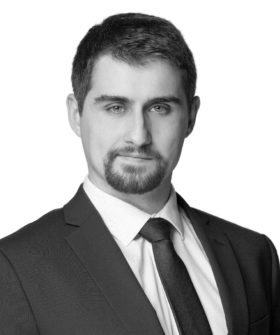 John has had exposure to complex and high-value disputes between liquidators and former directors, and frequently advises in difficult insolvency matters.

John has successfully acted for a number of companies in disputed winding up proceedings brought by HMRC and private creditors.

John also has experience in the field of personal insolvency.

John is often instructed to advise upon complex commercial contracts and appears in Court frequently on such matters.

In terms of alternative dispute resolution, John recently successfully negotiated a settlement agreement in a commercial dispute relating to a consultant company’s entitlement to “finder’s fees” for arranging commercial loans.

John has a particular interest in cross-border commercial disputes, having studied Conflict of Laws at Oxford University, and has recently advised and drafted pleadings in a complex and high-value jurisdiction and choice of law dispute and has also appeared in the County Court in a claim regarding rejection of goods as unsatisfactory by a Lebanese port authority.

In addition to his experience in corporate insolvency, John has substantial experience in general Company law matters and frequently appears and advises on matters such as applications to rectify the register of charges under the Companies Act 2006.

John has recently advised upon, and appeared in application hearings related to, a complex shareholders dispute.

John Jessup is qualified to accept instructions directly from members of the public and professional clients under the Direct Access (or Public Access) scheme.