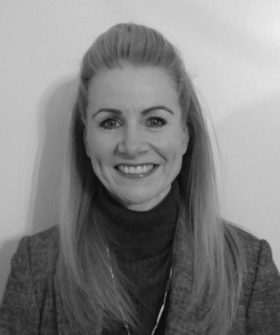 A former Director and Head of the Care Department at the law firm Cartwright King, Carol Clelland qualified as a solicitor in 1994 and has over 25 years of experience in family law. She joined 3PB's 70-strong Family Group in February 2020.

For the last 20 years Carol has specialised in care and associated proceedings, representing a wide and varied client base consisting of both lay and professional clients. She has represented parents, grandparents and other family members, Guardians, Gillick competent children, intervenors, vulnerable persons via the Official Solicitor and directly  as well as Local Authorities.  Carol regularly represent clients addressing issues of sexual and physical abuse, non-accidental injuries, chronic neglect, substance misuse, force marriage and honour based violence and cases with international and jurisdictional issues.

Carol is a strong advocate who is known for her sound and sensible advice and representation.

Re: Z (Independent Social Work Assessment) [2014] EWCH 729 (Fam) - Representing the father who was an over stayer from India,  in a case where a non-mobile child suffered serious multiple injuries that had left her with life changing disabilities. Following an extensive fact findings hearing where a substantial amount of expert evidence was presented to the court the father was exonerated of all wrong doing.  He thereafter sought to  be assessed to care for his daughter.  Such assessment was undertaken by the local authority however we sought to challenge this assessment on behalf of the father as fundamentally flaw and unsafe to be relied upon.  At this time the case was in week 72. The court granted the assessment stating as follows:-

In any case in which a local authority applies to the court for a care order, the assessment of a parent is of critical importance. That assessment will be a key piece of the evidential jigsaw which informs  the local authority’s decision-making, in particular with respect to the formulation of it final care plan.  If the assessment is deficient then it is likely to undermine the reliability of the decision-making process. It follows, therefore, that any assessment of a parent must be, and must be seen to been  fair, robust and thorough.

Was RD’s assessment of the father fair, robust and thorough?  In my judgment it was not……

Re: Solihull MBC v S-B [wasted costs] 2016 - Representing a father who was facing serious allegations of sexual abuse of his daughter (S) and son (B) solely on the basis of the daughter demonstrating extreme sexualised behaviour.  The son was not demonstrating any such behaviour  and the daughter who had specific needs has been exposed to numerous professionals and periods in residential home.

The father consistently denied the allegations and argued as follows: i)  there was no evidence of sexual abuse; and  ii) if S had been  sexual abuse there was a significant number of individuals who could be perpetrator of such abuse.

Upon adducing the evidence to support his case the father invited the local authority to revise the basis of it’s case to one of S being beyond parental control and discharging the proceedings in respect of B. The Court themselves challenged the  Local Authority on more than one occasion as to how it was going to make it’s case out  however notwithstanding this the Local Authority continued with the case as originally pleaded and sought findings against the father.

Following a full fact hearing the father was fully exonerated, B was returned to his care and the father agreed to S being placed in a specialist residential unit.

A wasted cost order was made against Solihull MBC with the judge stating as follows:-