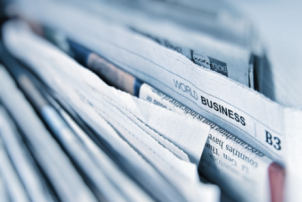 The start of the month was greeted by an article from The Times entitled “Tribunal system chaos: No experience necessary to be a judge in hearings free-for-all”. This provocative title aptly summarises the wide-ranging criticism made within of the Employment Tribunal system, extending to attacks on Judges as being insufficient qualified and experienced.

There followed a similar article on 18 February from the politically aligned Daily Mail entitled “'You can't sack me - I'll sue': Farce of employment tribunals as a THIEF claims unfair dismissal, a detective launches thirteen failed complaints and a nurse says 'crack the whip' was racist”. Echoing the criticism made in The Times article, this second article similarly attempted to criticise individual decisions and again attacked the judges, for example pointing out that ‘new judges are new’ with the statement “Half of the new judges, though qualified lawyers, have never sat before”.

Perceived problems with the system was again the focus and one statement included that “Delays have become so protracted that one centre, the London South Employment Tribunal, is — astonishingly — taking an average of six years to process claims, according to Her Majesty’s Courts And Tribunal Service”. It is unclear what data this was based on or what is meant by “process” but readers of this newsletter will no doubt have experienced that 6 years from a claim being issued to resolution is far beyond the average.

The articles and polemic against the Employment Tribunal and personnel involved therein has received widespread criticism. In response to The Times’ article, a joint letter was sent on behalf of the ELA, ELBA and ILS expressing disappointment with its inaccuracies. On social media, the employment law community has similarly expressed astonishment at what has been criticised as the inaccurate picture presented by the articles. More broadly, there is growing anticipation that the attack made on the Tribunal system was part of a co-ordinated political decision to fuel the perception of the public that reform is needed, in particular paving the way for the re-introduction of fees previously abandoned after the Supreme Court’s judgment in Unison. Strong concerns have been expressed that this latest media attack reflects a political briefing used to distort public perception and present an inaccurate and more pessimistic picture in order to secure public support for reform of the Tribunal system.